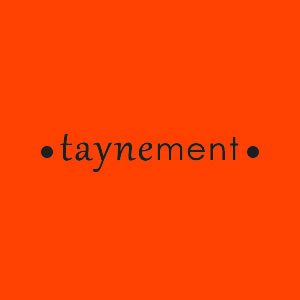 Another Monday, Another Ratchet Hour.

Meet-Up 1: Today opened up with Tracy and her baby daddy. Naturally, they met up to discuss the events of their last meeting which didn’t end well at all. Did any of you do the drinking game? cuz you know Tracy was going to burst out with the groupie chant yet again. This poor delusional woman said she agreed to see him because they are a family, umm ok. She goes on to give him a lecture and let him know that she doesn’t deserve how he treats  her and she doesn’t deserve to have groupies thrown in her face. Then Drew asks a very, very valid question. He says, “You know we haven’t been together in 7 years, right?”. While she said yes, I am not sure she realizes it. In her confessional, she admits to being really heartbroken by Drew and never loving anyone like she did him and she since has not meant anyone since then.

Meet-Up 2: Mimi introduces us to her “friend”, Nikko. Dude all decked out in a beanie asks her about their relationship. Mimi says things need to go slow because she feels she has baggage and she wants to make sure she is doing things right. He tells her he himself has baggage and blah blah. Honest y’all, I zoned out.

Meet-Up 3: Erica and Scrappy meet yet again to discuss their relationship. I actually didn’t remember if they were together or not in this episode. Anyways, before Scrappy comes, Erica goes to the kitchen sink, I am assuming to do dishes? She takes off her ring and bada bing, I think dishes were done cuz next thing she is admiring or looking at the ring. Wait, maybe there were no dishes and she was just looking at the ring one last time? Erica tells us that she happened to see Scrappy’s phones and he was getting questionable text messages at like 2am. Scrappy gives this lame ass excuse of if you go looking you will find something yada yada yada. Erica says if he didn’t have a cheating past then maybe she could have let it slide but for someone who has cheated before, she can’t let it go so she would like to break up. I just…I mean..can someone tell me why Erica wants to be with Scrappy anyways??

Mimi, Arianne and Krazy Michelle are at some place, a beauty spot I think and they are all talking and once again Krazy brings up her hooha. She is actually about to bedazzle it and was picking out patterns. Adrianne tells her she’s just not over a dude and as usual Decibel 100 comes out and she is like she won’t get lube and reveals how crazy she is by letting us know how right before she has sex with a guy she sprinkles salt around the bed and you also have to clean the house with ammonia before the sun comes up and all this is to keep the sex demons away. Well if it works for her, then clearly she kept the sex demons away but surely welcomed the mad-in-the-head demons. Mimi tells them about her new man and how she wants to take it slow and they would all meet him.

The next thing I see is Benzino flying across my screen, before I realize that oh, he’s playing basketball. He is playing basketball with Kirk, Rasheeda’s husband and somehow it turned into a vent session and Kirk tells him how things are tough in his relationship now especially financially and with helping his family members. Totally had no idea he had grandkids, I actually thought I had heard wrong. Hope he felt better though. So, because we hadn’t had enough of a coital scene between Joseline and Stevie, we are served with another one with them in their robes. I couldn’t tell if the coital scene was pre or post but seeing as Joseline was giving us allcolorsoftherainbow couture makeup, I am gonna go with pre. Yet again they talk about their relationship as Stevie tries to keep the convo on celebrating her “major record deal” that she just signed. Women, ever the stirrers of trouble like Greatest Grandma Eve taught us, Joseline tells Stevie to check Benzino for saying he had sex with her. I should add that Joseline also told Stevie that being a man is not only about giving the beefcake and she said this while doing thrusting motions in Joseline accent. Laughs for days.

I was still recovering from Flying Benzino on my screen when the next thing I saw was two basketballs entering a studio. The owner of the basketballs turned around and I stifled a scream. The owner of the ass so to speak was some “lady” who has scribbling all over her body aka tattoos and has an uncanny resemblance to Keyshia Cole. Seems like Stevie went looking for stray pets again and found Shay Mac, yet another delusional female who thinks she is talented. I suddenly realized how deep Stevie’s mommy issues ran cuz why is yet another woman laying demands on him? The foursome (Erica, K, Arianne and Mimi) are meeting up to meet Mimi’s man and Erica says she wasn’t trying to steal the spotlight but sooner or later she is sure the ladies will notice something different. Emm, Erica wait till they notice then. Nope, instead she goes ahead and tells them how they broke up. Nikko comes in, ladies approve and he invites them to a video shoot he is doing.

Benzino goes to confront Karlie – who by the way was sitting at a desk and as my friend wondered, was she a receptionist now? He says he never showed her anything. Karlie doth protested too much and I believe she is lying cuz honestly she has no storyline this season and she has to stay relevant any which way. At Joselyns get together to celebrate (again!) her record deal, Stevie runs into Shay Mac who looked like a prison inmate. Clearly drunk she approaches Joselyn to say “lets do this like brutus”. Unfazed like the ad chick she is, Joselyn carries on and wonders in a calm tone why and who this girl is, also calling her “the help” ever so casually. All the while as Prison Chick loses her marbles and is screaming. Rasheeda tells Erica that she  is pregnant and its not exactly welcome news, given the rough patch she and Kirk are going through .Today’s dramatic scene was via Rasheeda going up the elevator to go get a pregnancy test. I have to say that her doctor looked like an activist ready to march in the streets with her turtle neck and her hair all wrapped up.

Closing scene was Stevie meeting up with Karlie and confronting her about the accusations. Karlie’s story is suddenly different. Stevie says he and Benzino got into a fight, Karlie says she doesn’t care and Stevie says her not caring is why she is a 0 in the industry. Joseline walks in, confronts her, clearly doesn’t go right and once again security earns their keep by separating a fight as Joseline hurls insults at Karlie.

That was this week’s episode. I burst out laughing at next week’s episode where Momma Dee gives Scrappy an EOE cake. EOE meaning End of Engagement. LMAO can’t wait.