Home > TV > A Show You Should Be Watching – #OneDayAtATime 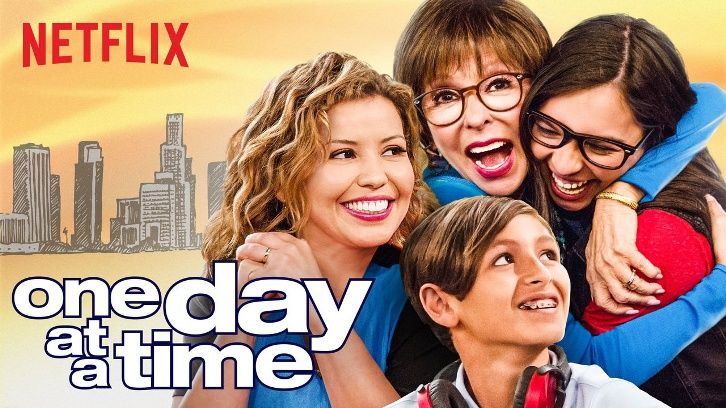 Cancelled by #Netflix, resurrected by #PopTV. New season of the show premieres tonight on its new network. Check out this throwback post on why I like this show:

#OneDayAtATime is a rebooted 1975 Norman Lear show about a single mom and her two children. The current reboot has some tweaks. The family is Cuban-American, their grandmother (the fantastic Rita Moreno) lives with them (behind a curtain no less) and their landlord, Schneider is a rich brat from Canada who has forced himself into being a part of their family.

The show debuted last year on Netflix and I really enjoyed it. Probably because it premiered in January, I didn’t appreciate it as much as I should have because it was so early in the year. Season 2 just dropped and after viewing the season, I decided not to make the same mistake again and truly appreciate this gift of a show.

Describing this show as simply a show about a single mother and her two kids does this show such a disservice because it is so much more than that. The show covers a lot of issues faced in current times in the most adept way that it is amazing how they do it given it is a multi cam sitcom (complete with a laugh track). In tune with the real world, it covers topics like sexuality, immigration, PTSD, depression, being middle class just to name a few, ODAAT covers it all with all the heart and realness a show could muster.

A lot of credit goes to the two women on this show. Justina Machado who plays the mom, Penelope. Whether she is portraying feisty mama bear, military vet dealing with PTSD, petulant daughter, sexy girlfriend she does so with much gusto and brings life to whatever her character requires in the moment. We already know Rita Moreno is an icon (one of the few people who have an EGOT) and it is pure joy to see her at 86 years old being the comedic heart beat on this show as an uber proud Cuban who is unapologetically vain, still has old fashioned values and can be tough on her daughter.

While most sitcoms tend to be fluffy and have things wrapped in a happy bow. ODAAT knows how to find the balance and somehow finds a way from crossing the corny line. For example, coming from a traditional Cuban family, the show is realistic about Elena’s (daughter) coming out and it is not met by rainbows and confetti by everyone.

Overall, it’s still a sitcom so it is not without some exaggerations or face palm jokes but there are definitely not a lot of family sitcoms like this and is arguably the best reboot in this era of reboots that we live in. It’s a show filled with warmth, jokes and a lot of heart and I wish a lot more people watched. If you are looking for a feel good show that you don’t have to think too much about, this is the show for you. Give it a shot and let me know what you think.