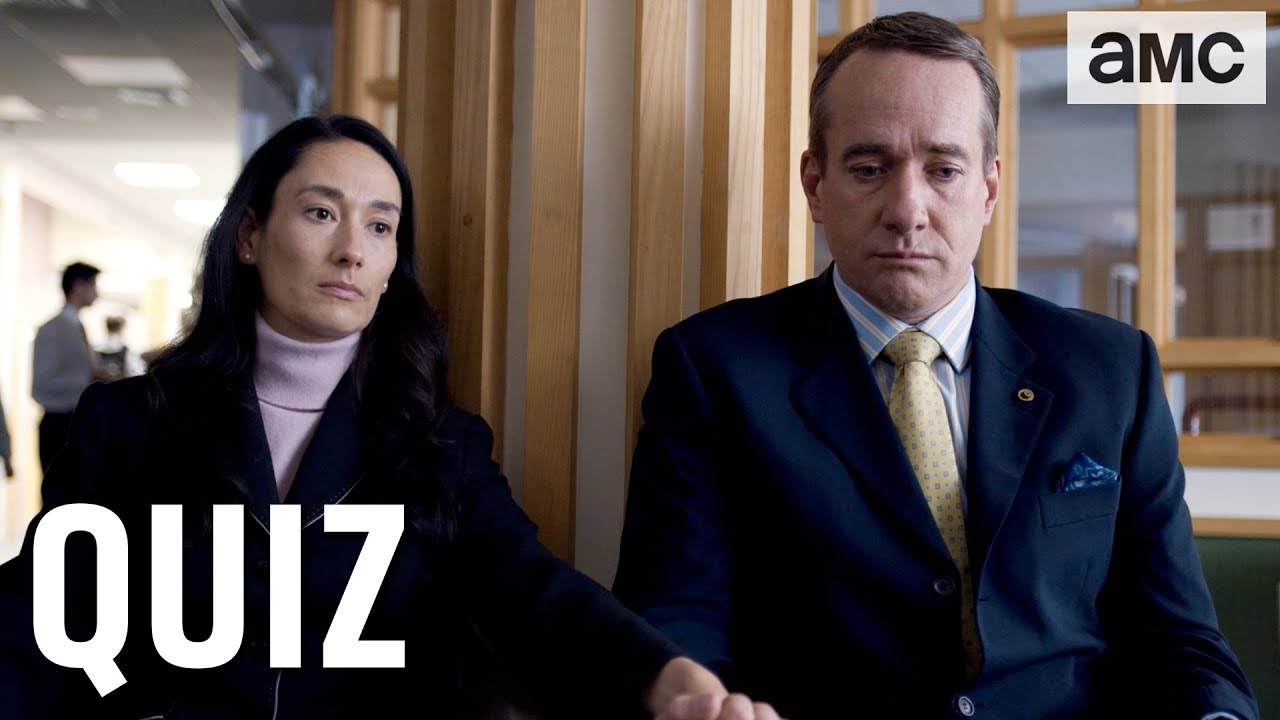 A Mini Series I Recommend – #Quiz

I am a bit late in recommending this miniseries, since it aired in June but better late than never, eh? Produced by heavy hitter, Stephen Frears (The Queen, A Very English Scandal) and starring a number of recognizable faces, #Quiz is a true life story on how Major Charles Ingram (Matthew Macfadyen best known for Succession) and his wife, Diana (Sian Clifford best known for Fleabag) managed to cheat their way to a million pounds on the most popular game show at the time, Who Wants To Be A Millionaire? in 2001.

I am not sure how much of it was fact vs. fiction but based on the show alone, the couple was not very subtle given that his wife and her brother had been on the show previously. Choosing the right questions via coughing whenever host, Chris Tarrant (Michael Sheen) read out the answers was not exactly the best idea and what starts the investigation and eventual trial.

I feel like AMC did not promote this show enough which led to it flying under the radar but with a talented cast, it was an enjoyable watch. With just three episodes, it allows for the show to get straight to the point and allow the viewers to just enjoy the journey. If you are looking for something quick to binge in a day or a weekend, this is a sure recommendation. It should be available on AMC On Demand.