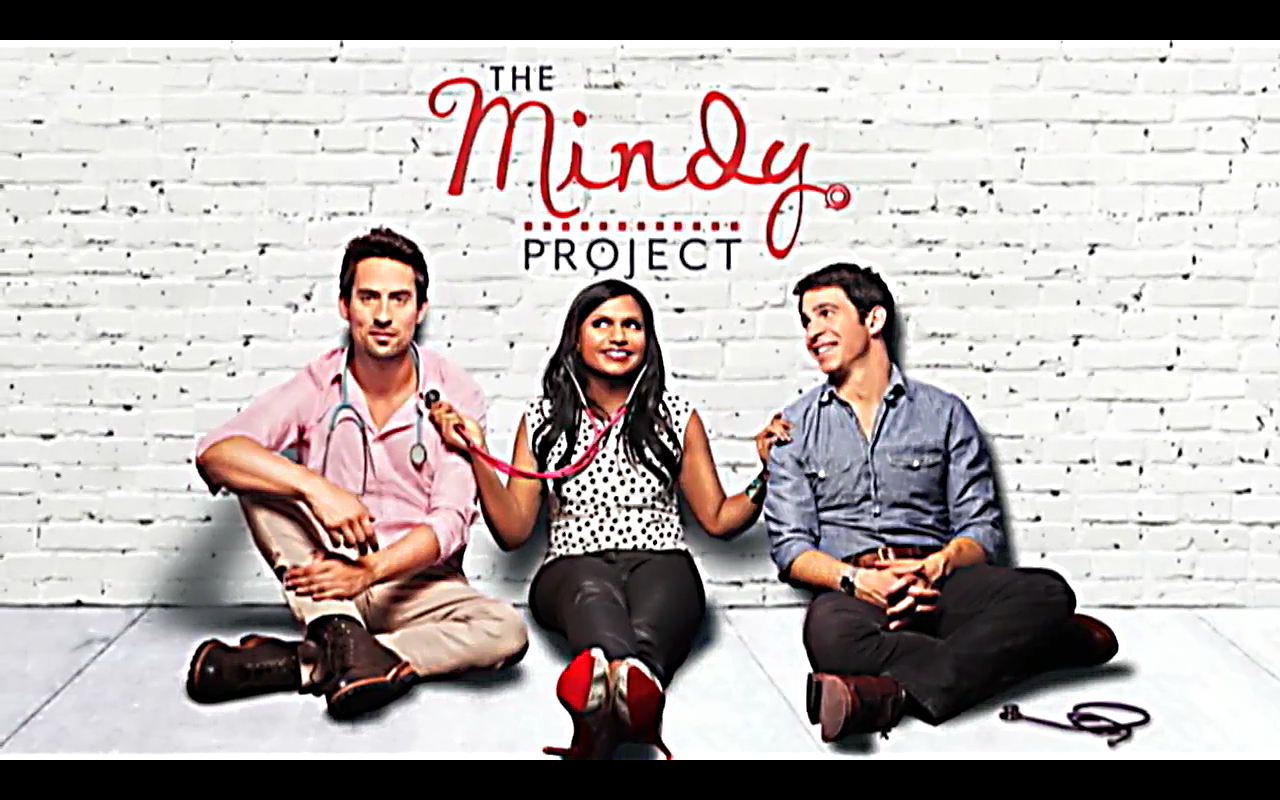 Mindy is struggling with being away from Danny, calling him every hour to make sure some hussy isn’t creeping on her man. Danny has enough and tells her she needs to go out and make a friend.

Morgan corners Danny to hang out with him since he told him three years ago that he would be free on that exact date. Danny gives in and tells Morgan he can come over.

On her way out on the town, Mindy hears someone crying in a dorm rooms. Turns out Dr. Gurgler is staying in student housing because his wife kicked him out because she cheated. Mindy invites Rob out with her since she has “no sense of professional boundaries.”

Morgan and Danny catch Lauren going into Peter’s apartment, and think that they are cheating.

Disappointed because she was “hoping for an authentic San Francisco trans bar experience,” Mindy and Rob end up in a standard downtown restaurant bar. When she goes to the bar to get them some drinks she bumps into Alex—guest star Lee Pace aka Thranduil in The Hobbit, Ronan in Guardians of the Galaxy, and Ned in Pushing Daises—the guy she lost her virginity to, and whose virginity she took.

As Mindy tells it, in 2004 when “America was still able to enjoy the music of R. Kelly without guilt,” she sought out a “white dude who was into Asian stuff” to lose her virginity to. After accomplishing the mission, she inadvertently gave Alex the idea that made him a billionaire. And he pined for her ever since, sending her an email that she didn’t respond to.

Danny and Morgan eavesdrop on Peter  and Lauren through the connecting wall. They hear some incriminating things, but it’s really just Peter talking to Lauren’s baby son.

Mindy finds the email that Alex sent her, she didn’t respond because it went straight to spam. In the email he asked her to be his date to the “People’s’ Most Beautiful Billionaires’ gala.” He waited for her but she never showed. Rob notices the chemistry between Mindy and Alex, and forwards it to Danny like a little weasel. She “got Gurgled.” That’s probably going to be a thing while she’s there.

Trying to rectify the Gurgling, Mindy asks Peter to go into Danny’s computer and delete the email. But she doesn’t tell him what’s in the email.

Morgan jumps to conclusion and calls Jeremy to let him know someone is cheating. Peter cleverly gets access to Danny’s computer, and they realize that he is just babysitting Lauren’s baby. Jeremy runs over to find out who’s cheating, assuming it’s Lauren. When they try to assure him that she isn’t, Morgan confesses that he is cheating with Mindy. Peter comes out confirming the scandal by revealing that she had him “delete a skanky email.”

Alex and Mindy make googely eyes at each other, and he asks her to go for a walk. Before she can answer, Rob makes a commotion at the bar. Alex steps in, utilizing his martial arts skills to subdue Rob. He makes a ridiculous speech, noting how he became who he is because Mindy rocked his world. She seemed to enjoy it.

When Peter wonders why Danny is so chill about Mindy cheating, he slaps Morgan to keep up the lie. Jeremy tells Danny to calm down, that he and Peter got through the same thing. That Peter even “puts so much into a relationship he gets almost nothing out of,” by babysitting for Lauren. Peter is taken aback by that.

Mindy explains to Alex that she can’t go for a walk because she’s dating “a local ethnic man named Danny Castellano.” When she kisses him on the cheek, a woman comes out of nowhere and knocks Mindy out of the way. Alex neglected to mention that he has a girlfriend, guest star Chrissy Teigen. Rob attempts to break up the verbal fight, but ends getting kneed. Alex’s girlfriend apparently won the “secret Hunger Games,” so Mindy and Rob leave.

Lauren asks Peter to baby sit again so that she can go to Jeremy’s flute recital. At first he says okay, but then he says he doesn’t want to babysit anymore. And then he kisses her. As Morgan leaves Danny’s apartment he sees them kissing, “I did wish for a birthday kiss, I should have been specific.”

Danny asks Mindy about deleting the email, and she comes clean. He doesn’t get mad, instead he lets her know that he trusts her. And all is well.