Home > Reviews > My Thoughts on #MalcolmAndMarie 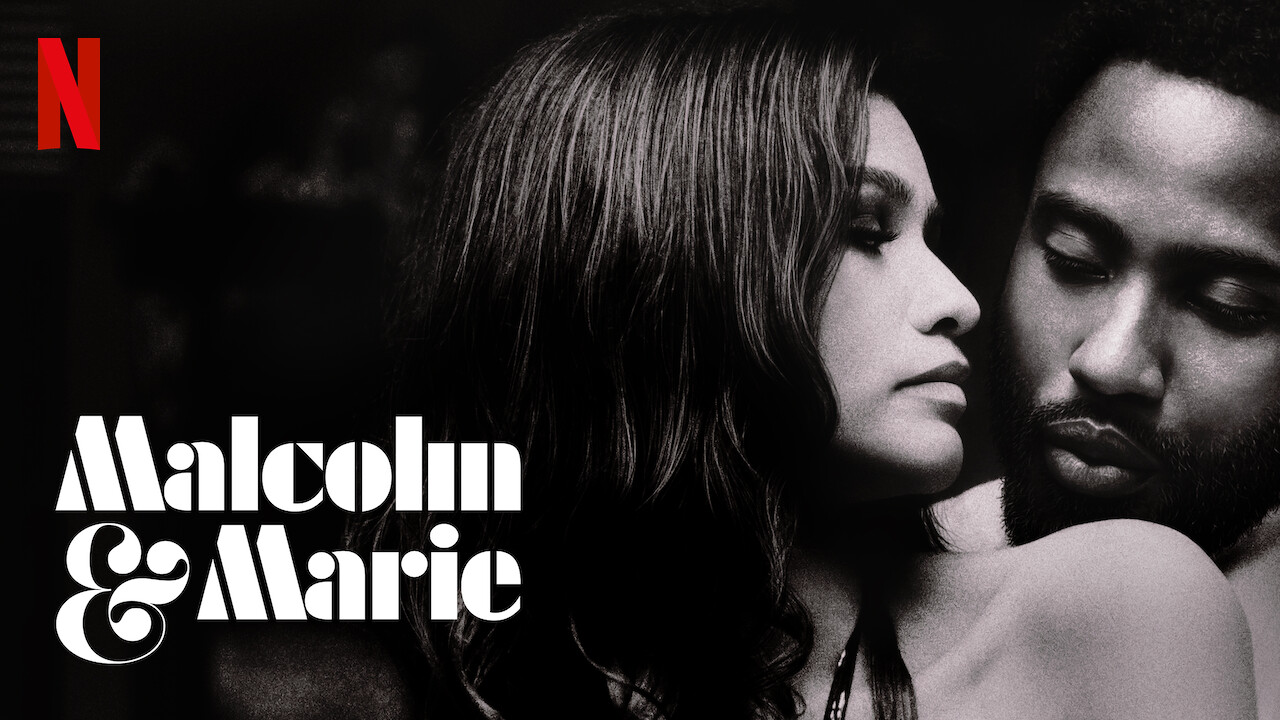 Malcolm & Marie is a Netflix movie starring John David Washington and Zendaya as the titular characters. They return home from Malcolm’s movie premiere looking every bit like an attractive, in love couple. As Malcolm celebrates and recounts the success of the premiere, you can feel the tension but we aren’t let in on why yet till Malcolm asks Marie why she is mad? Her answer gets the ball rolling for an awful long night where the two argue real dirty, saying hurtful and terrible things to each other.

We first heard about this movie last year, deep into the pandemic. The movie was secretly shot in June/July 2020 with strict COVID protocols and the cast and crew quarantining before and after. Written by Sam Levinson (who is white and says he had the two stars in mind when he wrote it. He is also the creator of Euphoria, the TV show Zendaya stars in and won an Emmy for), I gotta say y’all…I really liked this movie. I don’t recall watching any previews for this but it’s pretty easy to assume that this is a love story or a Marriage Story Part 2, but it isn’t. Did I mention that it is completely shot in black and white?

I should start by saying that Malcolm and Marie have love for each other but their relationship is toxic AF and they should not be together, but something keeps them together. As I mentioned earlier, their argument was awful. It truly was the embodiment of the saying that, no one knows how to hurt you more than the people who love you most. They both knew each other’s weaknesses and low points and did not hesitate in slinging mud with that information. I liked how realistically it depicted those times in relationships where, there is an argument about one thing, when it is really about something else. Even though everyone says “Communication is key”, it isn’t always the easiest thing. It also accurately depicted the selfishness of men and how women often feel under appreciated for what they do.

That was a long way of saying I liked the dialogue. And boy, was there a lot of dialogue. The entire movie was centered around two of them, in that, they are the only people we see, set in just one house. I wasn’t sure what to expect with that because I thought it would read like a stage play translated but it wasn’t bad at all. The two leads each have big scenes where they have a long monologue and with Washington’s I am just going to assume he improvised because how do you learn that many lines??

There has been much talk about the age difference between the two actors (Zendaya is 24 and Washington 36) and while it is somehow explained in the movie, I wasn’t fully buying it and it could have worked even without. I think the two actors were great in their roles and had chemistry, though if I had to pick, Washington was the weaker link but I don’t want to nitpick because tbh, overall it worked for me. Zendaya has been on a quest to shed her Disney image and I think she and her quivering lips, were a revelation in this movie. Every now and then they did come across over wrought – Washington after every speech of his, seemed to work himself into a tizzy and would be breathless, but overall I think it worked.

There were little details that I think contributed to the greatness of the movie. I liked how you could tell they had been with each other for a while. There was an ease and comfort between the two. Just the simple styling choice of having Marie continue Part 2 of the fight in a simple white tank and underwear, added a lot. The calmness Marie had sometimes during the fight was scary because she seemed unphased by Malcolm’s cruelty. This also lets you know she has been there before. What wasn’t explored is why she stays and puts up with Malcolm’s behavior, but I can forgive that because the sole purpose of the movie is this huge fight.

I am so surprised that the critics (shocker that they always band together) DO NOT like this movie and I am choosing to think that it is not because there is an angle in the movie where Malcolm expresses disdain for critics and one white critic in particular (google Levinson he’s had a similar experience). I am not phased by a white writer addressing the industry through the lens of a black man because Washington and Zendaya were fully involved in that process.

The music was also great! Lots of pop and r&b oldies and Malcolm and Marie managed to use songs in talking to each other (it was a long fight y’all) In case you didn’t know Labrinth was in charge of music. Is it weird if I say I totally recommend this movie but I can understand how some people could find it boring?

There’s so much more I’d love to say but I’ll stop here. I’d love to hear your thoughts. What did you think of the movie?

My thoughts on the movie “Chef”