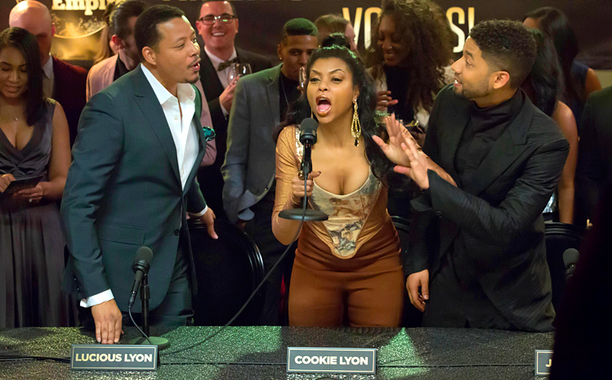 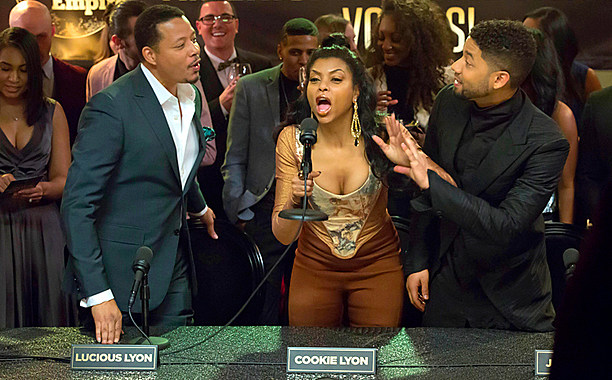 We start off this week on Empire with Hakeem literally drowning his sorrows in booze and booty after losing his position as CEO of Empire. Side note- one of the strippers actually utters the words “do it for the gram” non-ironically. Ugh. Laura tracks him down and finds him in a sea of women at the strip club. She is surprisingly understanding because she knows he’s taken some serious knocks in the past 24 hours. At least until Hakeem decides that now is the perfect time to tell her about Anika’s pregnancy. She treats Hakeem to a resounding slap and storms out so I guess she told us how she feels about that.

Cookie and Andre meet to discuss the best strategy to get Empire back in the Lyons fold and Andre suggests tying the fundraiser they’re planning to the National Alliance for Bipolar Disorder to make the company look more sympathetic. Cookie, who’s been doing everything in her power to make Lucious look good in the last few episodes, agrees and Andre also agrees to publically tell of his own personal story living with a bipolar disorder. It was nice to see Cookie and Andre alone in a scene together for once. I’ve always found it weird that they’re not closer as Andre is the oldest and thus has more memories of pre-prison Cookie.

Hakeem invites Anika over to tell her that he’s fully ready to be a father to their unborn son. Anika lets him know about Lucious’s threats against her life if she doesn’t give up her baby after the birth. Hakeem runs to Lucious to let him know that he can forget about seeing him or his future grandson again if he runs Anika off. Lucious, as always, is unbothered until Cookie once again reminds him that the Lyons need to present a united front if they are going to keep Empire in the family.

Cookie decides to pay Anika a visit but she arrives to see Anika being stretchered out of her apartment by a couple of EMTs. Cookie rides along with her in the ambulance and manages to talk her through a panic attack.

Lucious and the scheming reporter Harper take their flirting up a notch and they treat the viewers to the most uncomfortable sex scene in an abandoned club ever. However, we are thankfully spared witnessing the actual act of consummation when Cookie calls Lucious to tell him of Anika’s predicament. Harper, upset that Cookie has managed to curtail her booty call for the night, calls Cookie a bitch and that does not go down well with Lucious. At all. The show is clearly setting up a reunion for Cookie and Lucious but I can’t help but hope this fails as Cookie deserves so much better than this waste man.

Cookie, Hakeem, and Lucious all congregate at the hospital and we’re treated to an awkward encounter with Anika’s mother. She’s understandably not a big fan of the Lyons but saves the most vitriol for Lucious. I was initially confused by the reason for this but she’s apparently still clinging on to the long-forgotten season one plotline when Lucious forced her husband to help him take Empire public.

Meanwhile, Laura, who had previously broken off her engagement with Hakeem, has apparently come to terms with being in a family with both Hakeem and Anika and she reconciles with her fiancée over the sleeping body of his baby mama

Cookie finally manages to get rid of Harper by arranging for another reporter to scoop her story on Lucious. A fuming Harper manages gets her own back by letting Andre know that his grandmother is not so dead after all. How did she even come across this information? But this being Empire, we’ll just have to jump over the plot holes….

Cookie announces that Lucious, Jamal, and Hakeem (I’m sure that’s news to them…) will perform together at the ASAs, and this in addition to the success of the fundraiser prompts the board of Empire to name both Lucious and Cookie as co-CEOs. I’m sure it’ll all be smooth sailing from here right?

Magazine Cover of the Day – Charlie Hunnam for V Magazine