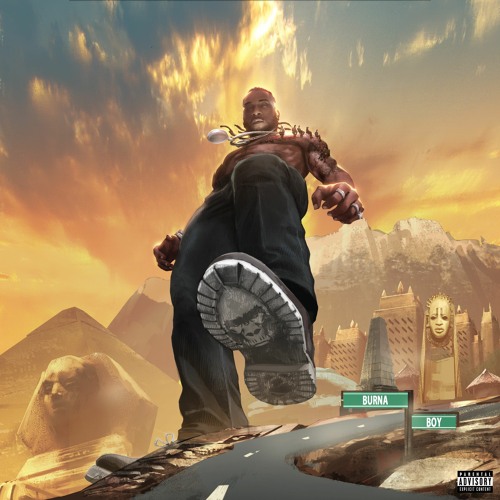 Have You Listened To Burna Boy’s “Twice As Tall”

In the last couple of years Burna Boy has exploded into the international scene which included getting nominated for a Grammy last year (he lost to Angelique Kidjo). African Giant, the album he was nominated for, was huge. You could find any of the singles anywhere – on a movie/TV show, celebs dancing to it on Instagram or any of the many musical appearances he made on TV.

If African Giant was big, Twice As Tall which is Burna Boy’s fifth studio album, could be described as bigger in terms of the big names attached to it. Maybe Diddy was hella impressed by his solo turn on Beyonce’s African inspired album, The Gift but he provided financial and promo backing for Burna on this album. And with Diddy executive producing (and made sure we knew, with his voice over on the album) comes names like Timbaland who produced “Wetin Dey Sup”.

Did I like this album? Yes. Yes I did. See, Burna Boy has a sound. A recognizable sound. On this album he deviated from it some. One could argue that it was in retaliation to the Grammy loss and he is playing the game or he could simply just be branching out and trying new things. I don’t know what the reason is but either way the listener doesn’t lose.

I am not one of those who throw a hissy fit when an artist does something different. Good music is good music and there is no rule saying they have to stay stagnant. The good thing about how varied TAT is, is that there is something for everyone. It is no surprise though that the songs where Burna shines are the ones that are his sound such as “Comma”, “Bebo”.

Another positive on the album for me is that I liked every single featured artist – Youssou N’Dour, Naughty By Nature, Sauti Sol, Stormzy and Chris Martin. The Naughty By Nature song seems out of place but he’s made it public that they were an inspiration so why pass up the chance to collaborate with them? Honestly, I can see how it can be divisive as the song is a grower for me. “Monsters You Made” with Chris Marting samples MJ’s “Dirty Diana” and “23” samples Wande Coal’s “Amorawa” which also featured Burna.

In 2015, The Weeknd decided he wanted to change his sound to truly get recognition in pop culture. He completely changed his sound and got a high profile team to push it, and it paid off with an Album of the Year nomination. As mentioned earlier, if indeed the sound exploration was in a bid to increase the chances of a Grammy win, he won’t be the first one to do so and I hope it is a successful bid as TAT is very much worthy and not just in the World Music category.

Overall, Burna delivered an album where he did not have to compromise. He dabbled around but still stayed true to his Afrobeats roots while still relaying socially conscious messages in some of the tracks. His personal attitude aside, I hope his music speaks louder for him and cements his career just like his album name – African Giant.