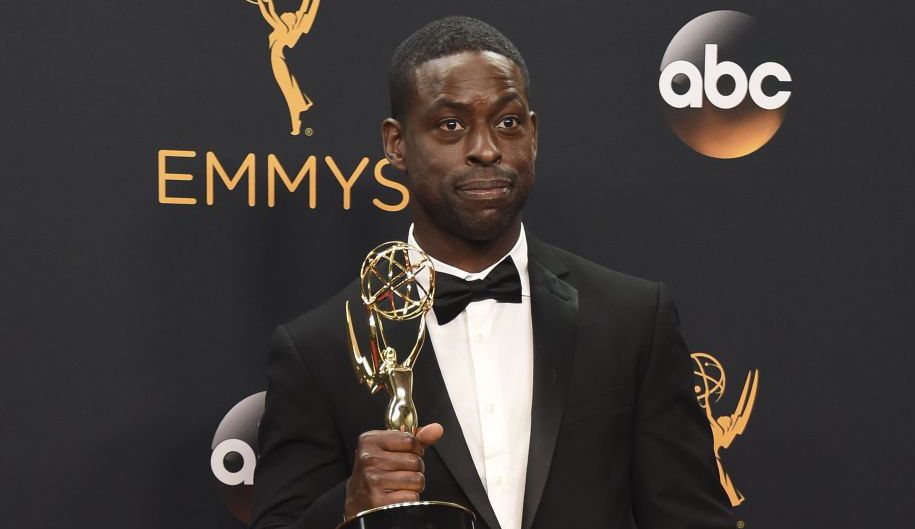 I’d love to say I am one of those people who knew Sterling K. from waaay back and now I am so glad for his recent string of successes but nah. In fact, it was the best friend who let me know he was in Army Wives. Like most of America, I was made aware of Brown with his star turning performance on “The People vs. OJ” and with subsequent interviews that followed he just revealed a personality that makes you want to root for him.

After the sweetest Emmy acceptance speech, his next gig as Randall on “This is Us”, picked up steam as the show became one of the most buzzed about shows in the 2016/2017 season. Especially as his character is so lovable. It’s award season and Brown has been racking up all the noms. After netting 2 noms at the SAG awards, he put up a teary appreciation video on his Instagram

A few days ago, it was announced that he was joining the already star studded Marvel movie, Black Panther as N’Jobu which made me yell out a whoop! Besides it happening to a deserving person, it’s always a beautiful thing to watch the hard work of a person all come together and pay off.

So here’s to Sterling K. Brown and wishing him many more years of stellar roles and performances in his career!

Look of the Day – Brandy Norwood

Season 20 Dancing With the Stars cast