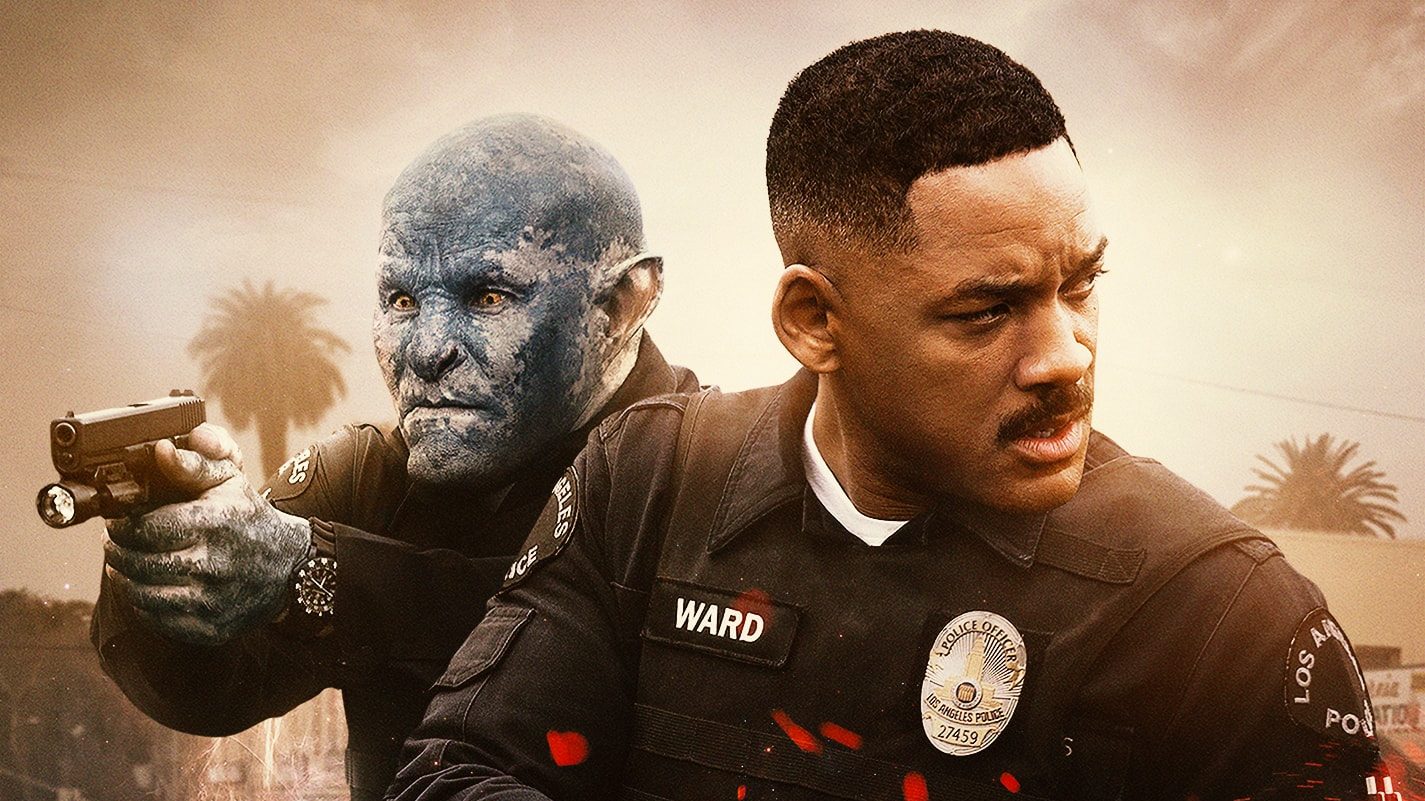 By now you must have heard about the Netflix original movie starring Will Smith named Bright. They’ve been pushing this movie for months now and it is now finally available for streaming. I had to see this movie. For one, everyone is well aware of the string of flops Will Smith has had so my curiosity was piqued and I just HAD to see this movie where someone had convinced Netflix that dropping $90 million for this movie was a wise move (the movie has reportedly been green lit for a sequel already but I am not sure how true that is)

So. The movie is set in some futuristic/hypothetical world where there’s a number of species living in the world together. There’s humans, orcs (think the blue Avatar creatures but with pigskin), fairies and elves (who are the top of the food chain). Will Smith plays a cop, Dave Ward who’s partner, Jacoby (Joel Edgerton in heavy makeup) is an Orc. Actually the first Orc ever made a police officer. Problem is Orcs are basically the black people of the real world i.e they are stereotyped and are blamed for everything and treated like shit basically. An unfortunate incident that led to Ward being shot on the job has the other cops looking sideways at Jacoby and they blame him for Ward getting hurt.

One fateful day on night patrol the two partners get themselves in the mix when they meet an elf girl who is on the run from two sets of people who are on the hunt for a magical wand (yep. a wand). They encounter bad guys, there’s lots of violence, lots of blood, lots of heroism and that is basically the movie.

Okay guys, listen I was ready to come in here and rake this movie through the coals because it just looked like crap to be honest. The early reviews I read were brutal. But I am vocal about my hatred for critic groupthink and I decided to watch for myself and be objective. I gotta say that this movie was really not as terrible as they say it is. I was actually invested and was intrigued by the second half of the movie – that is not to say that this was a good movie either.

The movie couldn’t decide what it wanted to be or what it was. This was a mashup of Lord of the Rings, End of Watch (well any buddy cop movie but the writer of End of Watch directed this movie so…), Avatar, and any self righteous Kevin Costner movie trying to provide a message against racism. You’d have to be blind to miss the parallels between these species and the real life racial tensions going on in the world right now. Problem is even Zootopia as an animated movie, executed this better.

I think the main issue with this movie was that it came off amateurish. With a roster of very capable actors, I cannot for the life of me understand why it was $90 million. The script was straight to video material. But when you are a star, you are a star because regardless of how mediocre the material, Will Smith stands out. I remember having this feeling when I watched Suicide Squad. Something about him just stands out and you are reminded all over again why he is one.

We’ve all heard about the stories of how Hollywood doesn’t allow for Will Smith to have a black romantic interest so it was a bit of a disappointment with that story at the back of my mind that in 2017, his wife still had to be white. Don’t get me wrong, I have no issues with his wife being white, it’s just hard not to wonder if she was just the best person for the job or if that “rule” was in play (she shows up the first 5 mins and we never see her again btw). That being said, it did not go unnoticed that the humans in the movie were minorities (Will Smith, Margaret Cho, Andrea Navedo to name a few).

It’s definitely obvious that the same people that helmed Suicide Squad did this movie because it has the same essence. Very flawed movie that somehow manages to be enjoyable (or is it just the power of Will?). Overall, not the best of movies but worth a “I’m staying in tonight and I want to watch something” movie.

Have you seen it? What do you think?

My Thoughts on Lady Bird