I don’t have a good relationship with Nollywood. I know, I know. But I tried and almost always, I get disappointed. I am such a critical person that it is quite difficult to overlook all the errors and sub standards that they seem to serve us. I can’t even watch it humorously. That being said, I recognize that it is a billion dollar industry, enjoyed by loads of people outside of Nigeria and it is also one of the few positive things that Nigeria is known for. So regardless of how I feel, I root for it and always hope that it gets better. Lionheart made its debut at TIFF and was acquired by Netflix. It was starring one of Nollywood’s best, Genevieve Nnaji and she directed it also. I thought that was great and made a note to watch when it debuted.

Well, that day was today. Genevieve stars as Adaeze, who works in her father’s bus company business, Lionheart and is trying to save the company from debt that is threatening to shut them down. Her father has a health crisis and brings in his brother (Nkem Owoh) to help his daughter navigate the financial mess. The two, butt heads with different ideologies and go through different adventures and encounters in a bid to save the day.

I am not sure I can ever critique a Nollywood movie without it being on a curve. So, were there choppy waters? Yup (and I’ll get to that) but I did like the movie. And I think what I liked about it where little things here and there. I completely enjoyed the chemistry between the main cast (which consisted of Nollywood royalty) and it genuinely felt like a real, Igbo family. I loved the fluid transition between English and the Nigerian languages spoken.

From the very beginning, the movie was unapologetically Nigerian. The opening scene showed the unruliness rampant in Nigeria complete with the expectation of a bribe. The disapproval of his son’s rap career and the culture of “asking mommy to get daddy to do a favor”. The many proverbs that were dropped because how else would an Igbo elder show they are wise. The morning devotion at work before it starts and the sexism that pervades Nigeria. The dinner scene was everything. So much love translated through the screen even if it was via roasting.

Genevieve was pretty much perfect as a leading lady. She rocked her natural hair and exuded grace and did some fine acting with just the most subtle of facial expressions with nary a fake British accent in sight. I think the movie was produced well and it flowed pretty well. Nkem Owoh did justice as the comedic relief. I think I could listen to Pete Edochie read a phone book. The scene where he dials into a meeting and is speaking via conference call, had me asking if he was Nigeria’s own Morgan Freeman. Now imagine him in an emotional scene telling his daughter “You are the pendulum of my life. If you stop swinging, then I’m done”. Delivery was very on point. Onyeka Onwenu was so good too.

As for the things I did not like, I did think it lagged at a certain point. I think Kanayo O. Kanayo was underutilized and I wasn’t quite sure the point of the scene with Arinze since it led to nowhere. Someone should have taken the time to teach Phyno how to lipsync or at least matched it up to the screen. Also, the least Netflix could have done was checked to see that the closed caption was accurate. It kept saying they were speaking Hausa instead of the Igbo that was being spoken.

I think the adjective I would use is that the movie was…relaxed, if that makes sense. I didn’t feel like there was an assault on my senses like I usually do when I watch a Nollywood movie. Mostly because it feels like a lot of things being forced on me. Even something as simple as an accent or a very bad wig (yea, i said it). A lot of it came off naturally.

As is always the case, when I consume non-American art, I wondered how non-Nigerians, and in this case, non-Igbos would view this. Because, with the family being Igbo and a lot of Igbo being spoken, I can see how Igbos would bask in the language being used and the beauty of how it was portrayed. But if you don’t understand it, do you still have the same warm, fuzzy feelings? And I only say this because with translations, you just never really get the full thing. There were a few translations I noticed that were pretty much paraphrasing.

Overall, I think it makes for a good wine (or palmwine) Netflix and chill movie. If you have seen it what did you think?

I honestly felt that KOK’s role was a lot more dull than a thorn in the flesh he was supposed to be. Samuel could’ve played his role in a lot more relaxed way than showing us his displeasure from the jump. I mean from the first scene I knew he was bad news. They could’ve developed his character further by introducing his wickedness in a way that catches us off guard to make that role make more sense but in any case, I loved the movie. I don’t watch our films because everyone just overacts and then makes noise in… Read more »

I loved it! But of course i’m biased. Just hearing them speak Igbo was enough for me. Yes it could have been more, but like you said it was relaxed. Which for me is refreshing considering what we’d usually expect from Nollywood. No over acting, no unnecessary accents, clear english that sounded nigerian. A story line that made sense for the most part. You can tell they really took their time. Saw someone on twitter say they had completed shooting over a year ago. Good body of work, the type of thing i’d be proud to show my foreign friends.… Read more » 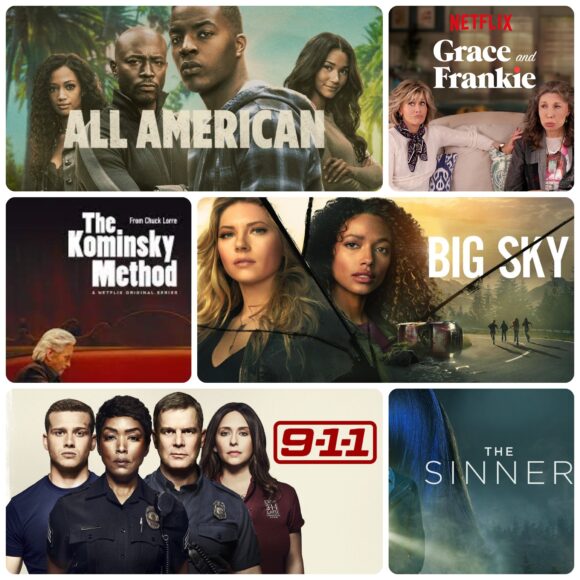