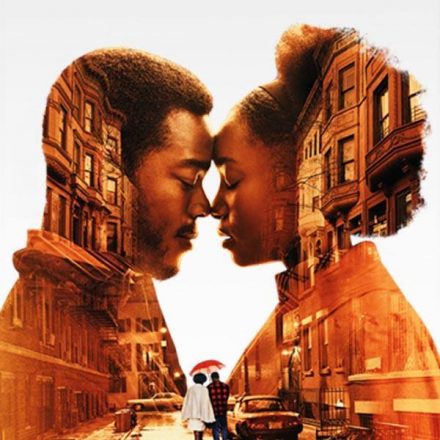 Barry Jenkin’s follow up to the outstanding Moonlight, If Beale Street Could Talk is the story of Fonny, a 22 year old black man who is wrongfully incarcerated for rape. His equally young lover, Tish and her family are on the outside doing everything they can to get him out, especially since Tish is pregnant with their child. From the beginning, we know Fonny is in jail but the movie shows the love story between Fonny and Tish. From when they were wee little kids playing in the bath tub together to realizing the day Fonny really loved her.

The movie is based on a book by James Baldwin and it begins with a quote from him, explaining the title of the movie: “Every black person born in America was born on Beale Street, born in the black neighborhood of some American city, whether in Jackson, Mississippi, or in Harlem, New York. Beale Street is our legacy”

I thought this movie was absolutely amazing and I loved it. With this movie, it would appear that Barry Jenkins has a signature movie style – when romance hits reality. I say this because I saw similarities to Moonlight. Two people who just love each other, living in their romantic bubble until real life plays its part in bursting that bubble.

Since this movie moves back and forth from when Fonny is in jail to the past, there are many flashbacks, which some find annoying in general in movies or TV shows. In anyone’s hands, I think it would have been a mess but Jenkins handles this so deftly and together with his cinematographer, this movie is also a visual stunner (see below). Based in the 70’s, the costumes were amazing and there was a particular preference for yellow and a treat to the viewer. Even inserts of black and white pictures from the past showing police brutality against black people, didn’t feel disruptive. Pair all this with a fantastic score and my senses were pleasantly stimulated.

Another thing that was done so well was the voice over throughout the movie by Tish played by Kiki Layne – who was my standout in this movie. They could not have gotten a better Tish, she mashed innocence + strength together that defined her character. The movie was great casting. New kid on the block, Stephan James was great as Fonny, Regina King as always, doing justice to whatever role she is given. Colman Domingo as Tish’s father and Teyonah Parris as Trish’s sister served as the comedic relief.

I had mentioned in a review for Roma that most of what made it good was the visuals and I know Alfonso Cuaron will win best director this year but if I had to pick, I would say I preferred Barry Jenkins work on this. I will admit that this movie is a slow burn but I almost feel that it has to be. It’s telling so many stories in the form of a love story and any other way would have been too heavy. The scene where Fonny and Tish first got together was one of my favorite scenes and pretty much encapsulates the artistic direction of this movie. It was so slow and so deliberate, saying so many things with very few words.

This movie portrays love, hope, hatred, racism, family and just the juxtaposition of how life can change in the blink of an eye and also how life can be great and ugly at the same time.  So with that being said, it might not be for everyone but I hope more people see this movie and I look forward to every thing Barry Jenkins does in the future.