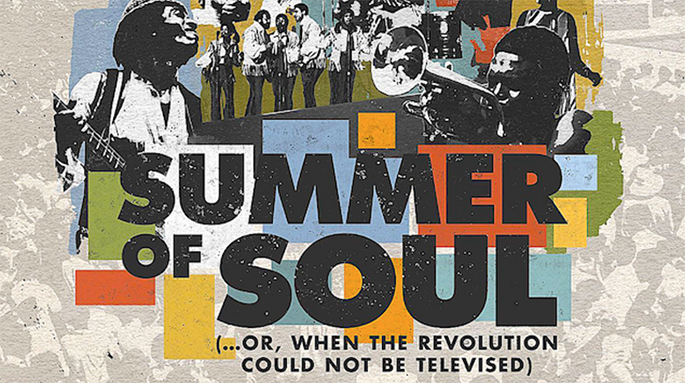 Summer of Soul is a documentary directed by Questlove from The Roots tells the story of the 1969 Harlem Cultural Festival that played out over six weekends in Mount Morris Park at a profound cultural time. Neil Armstrong had just walked on the moon and it was a year after the assassination of Dr. Martin Luther King.

Nothing gives me greater joy than seeing us (black people) being free. And when I say free, it’s a loaded word. We rarely get to live without the burden the world has put on being black. The festival was for black people and had some of the biggest stars performing – pure black magic. It was great being reminded of some of our great singers and learning about others.

It’s crazy that this was filmed and never saw the light of day till now because it was buried somewhere in a basement. In a way, this is symbolic because it feels like one of many occasions where black people are being erased. It was so touching seeing people who were in attendance get so emotional while rewatching.  There was a scene where a commentator felt so validated by this footage because he thought it was a figment of his imagination. It was a bit sad seeing how most people were now dead but it’s definitely a good reminder of something we had devoid of the white gaze. It’s unfortunate this never happened again because no-one was interested.

I recommend this show because although a bit heavy at times, it was overall fun and you have to see Nina Simone and Sly and The Family Stone’s performances.

Summer of Soul is streaming on Hulu

My Thoughts on #TheEyesOfTammyFaye - Day 8