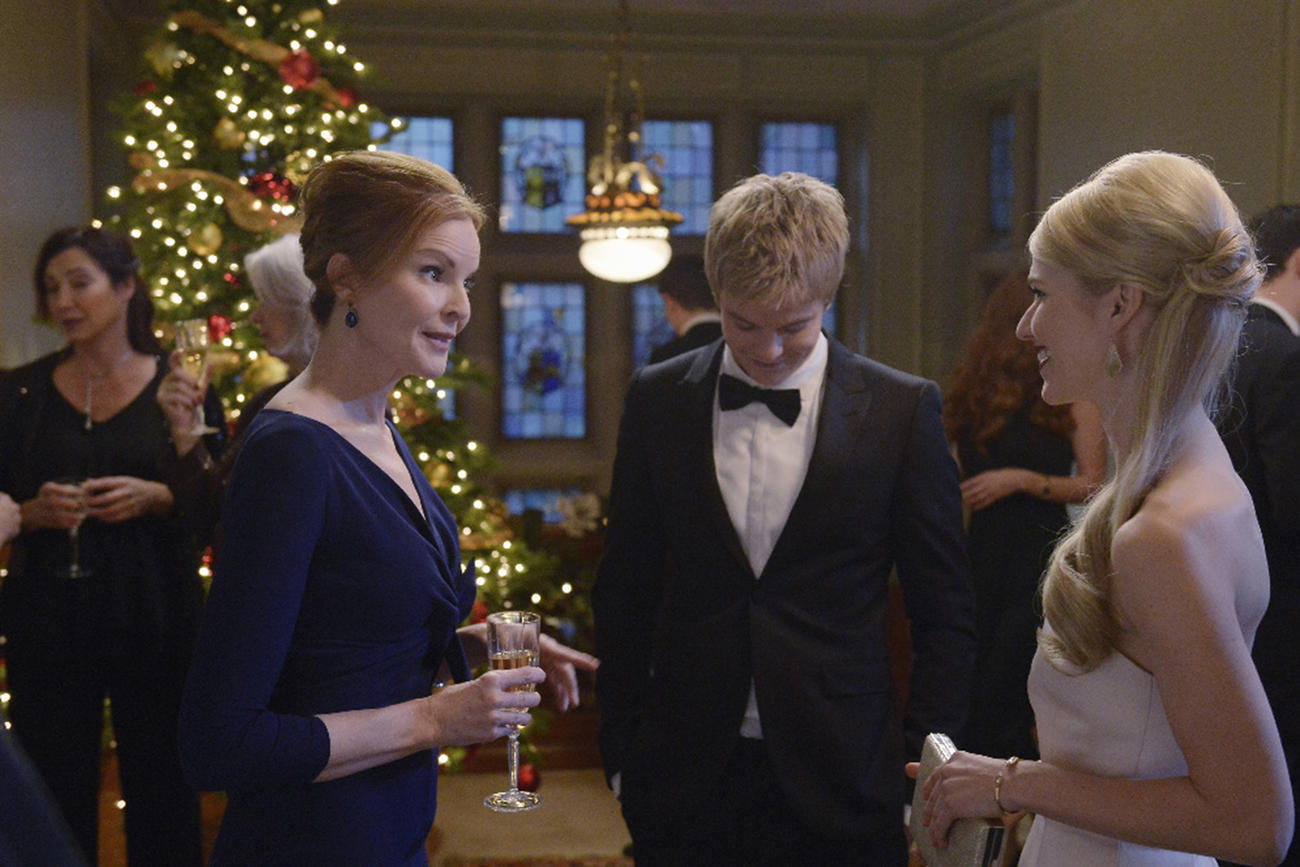 At Quantico, it’s the holidays and all the trainees are feeling the cheer of the season. They all have their rooms decorated for Christmas and even have a beer party early in the morning. They are all eagerly awaiting their 3-day weekend for New Year. Everyone has made plans about how they are going to spend the time with loved ones. Alex and Raina also bond a bit over Ryan and Simon absence.

There is no training exercise this week. Rather, Miranda gives them Pending Inactive cases (cold case files). These are cases that the FBI has been unable to solve and they are to pore over them and just look and see if maybe they could be the one to break the cases.

The trainees all leave for the different homes except in a twist, Vasquez, Alex, Shelby and Nimah all return. Turns out the holidays are not as fun as everyone makes it out to be and each of them returned to Quantico thinking they will be alone. They party it up, get drunk and try to solve the cases. Alex also drunk dials Ryan and hears a woman’s voice that she decides sounds too intimate to be his sister.

During their impromptu party, Nimah goes to get more booze and sees Miranda in her office. She can see that Miranda has been sleeping in the office and guesses that she hasn’t gone home since the attack. They have a conversation where Nimah finally convinces Miranda that Charlie might not be the monster she thinks he is and that maybe he is being threatened. This finally seems to make Miranda have a bit of trust in him. While Nimah and Miranda were having their conversation, Caleb also shows up at Quantico and tells Shelby that he would like her to come for their New Years party. Turns out it’s a huge party his parents are throwing and he doesn’t want to be at it alone. Shelby agrees but tells him he has to invite the rest of the girls too.

At the party, Alex meets a woman named Hannah and they immediately click. She has Alex’s dream job: job in the Joint Terrorism Task Force, and is apparently married to a great guy. The husband however turns out to be Ryan. Ryan tells Alex that she is actually his ex-wife but that they have been assigned together for an undercover job and their cover is a married couple since the people at the FBI know how well they work together. He also points out that Alex has always been very guarded about her real feelings for him and that she didn’t ask him to stay. They have a kiss in the bathroom before Alex leaves.

Outside the party, she bumps into Liam who convinces her to go back inside that Ryan is a very good guy. She then bumps again into Hannah who tells her that she broke Ryan’s heart (like she Hannah did before) and that she needs to give him time to heal before hurting him again. She basically tells her to stay away from Ryan all the while commenting on how pretty Alex is. It’s pretty weird. Anyway Alex leaves the party for good this time, bumps into Liam who offers to drive her back to Quantico. They get there but Alex doesn’t want to go and she tells Liam to “teach her anything”

Back at the party, Shelby meets Caleb’s mom Senator Claire Haas who kind of knew her parents when they were still alive. They get on very well together. Caleb however discovers that the reason why his mom reconciled with his dad was because she was on the VP shortlist for the Democratic Party. He confronts his mom with this news blindsiding his dad in the process.  The news hurt his dad who had previously told Caleb that his mom had decided to give him another chance not knowing it was for political reasons.

Shelby goes back to Quantico and when Caleb comes, she breaks up with him. She tells him that although she loves him, she know he is going to hurt her as he would rather blow things up than try to work them out. Later on, we see Mark Raymond (Caleb in disguise) rent safety deposit boxes in a bank that eventually becomes Command Center in the present time.

And finally, Miranda heads home and finds Charlie looking on her front porch. He looks barely alive and the last we see is her calling 911.

In the present, Elias shows at Command center looking terrified. He says that he feels someone is out to get him. That someone tried to push him unto traffic. They can account for everyone except Simon (he didn’t have any one on his tail) and they go check up on him. They find his apartment empty but find bomb blueprints. Alex says they shouldn’t take it at face value as it may be framed just like hers was. They are however eventually able to track him down to a hotel where the DNC was going to hold. They find him in a room tied down and his hand taped to a bomb trigger. They all pull out their guns on him and ask for the location of the bomb. He tells them he was drugged and that he woke up there that he didn’t plan any bombing. Elias oversells Simon’s guilt and everyone realizes that Simon was maybe indeed framed. Simon threatens to press the trigger and its clear that he might actually do it. Elias then confesses that he helped frame Alex and also had to frame Simon. He was being blackmailed as he had falsified evidence in trials in the past.

Now that its clear there is a second bomb, they try to find it in the hotel. Liam and Miranda evacuate the hotel while the trainees and Simon think about where it could be. Remembering the copper wire found from early in the season, they deduce it should be in a place susceptible to corrosion. They suggest that Liam and Miranda check the boiler room. The bomb is discovered and defused in time. Elias doesn’t want to be put on trial for the bomb and commits suicide by throwing himself out of the window. Once the bomb is defused, they tell Simon its safe and he releases the trigger and BOOM a bomb goes off at the FBI Command Center.

A couple of things about this episode: Firstly, wow, the actor playing Simon is the MVP of this show. While this episode had its fair share of overacting, his speech when he wanted to take his hand off the trigger gave me serious chills. Bravo. Elias goes from not wanting to die (by a bomb) to killing himself? And all in a space of about 30 mins?? Hmmmm. So, FBI Command center gets bombed. Hopefully, this will give the writers/director an opportunity to prune down some characters and get a tighter story. I can see for instance, if Raina gets killed, Nimah will become unstoppable, hell bent on vengeance and that’s something I would love to see. Also, I liked the addition of Marcia Cross as Caleb mom. She was very good. Alex and Liam, URGH. Please kill that idea I was just like eeeeew when she said that “teach me anything” line. LOL.  Anyway, so the first half of Quantico has been an entertaining one, looking forward to the second half in March. See you then!