Home > TV > A Show You Should Watch – #TheBodyguard 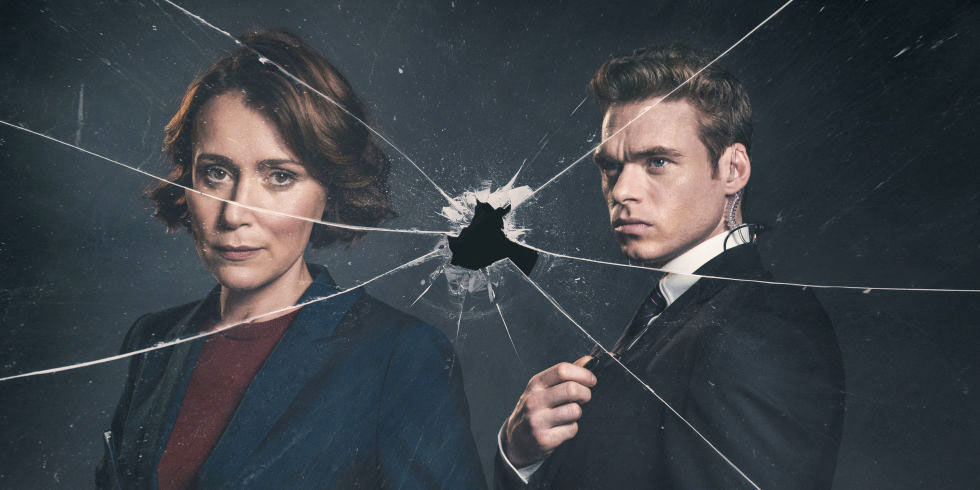 A Show You Should Watch – #TheBodyguard

We all know that the Brits are pretty good at cop dramas. I am not the biggest fan of cop dramas but they have managed to suck even me, in because they do it so well. Just in case this is your thing, there’s a whole slew of them available on Netflix. Never one to back down from way too many options, Netflix bought the rights to this BBC drama that has delivered the biggest ratings the UK has seen in a while.

Police Sergeant David Budd played by Richard Madden best known as Robb Stark from GoT (whew that was long) is an Army war veteran who is suffering from severe PTSD. He is separated from his wife and shares custody of their two kids with her.  Before we even get to know much detail about Budd and his new job, the show didn’t waste any time in diving straight to the action because the opening scene had me holding my breath for a long while.  Anyways, he is now a cop and serves as security detail for the Home Secretary, Julia Montague.

As expected in politics, there are a lot of players involved in shady dealings which involve throwing the scent off themselves and pointing fingers at other people to be the fall guys. There is honestly not much I can say without giving away spoilers and I will not ruin your viewing experience by doing that. Part of what makes the show great is that there is no lagging. The beauty of 6 episodes is the train just keeps moving and every episode has a gasp moment like “yoooo, I wasn’t ready!”. No time to drag anything out.

I have no idea if this was done on purpose but I appreciated how the show was very diverse with different ethnicities, without seeming like it was fulfilling a quota. I appreciated even more how women were front, left and center throughout the entire show. As politicians, bodyguards, cops, security – there were women being bosses in their respective fields and that was pretty cool to see.

Richard Madden was absolutely fantastic as Budd. He expressed so many ranges of emotion without ever once disengaging from his PTSD suffering. As far as I am concerned, he deserves all the Emmy talk. As mentioned earlier, it’s just 6 episodes which means just 6 hours of your day :D. It’s worth the watch.

All 12 of Tracee Ellis-Ross's Looks At The AMAs