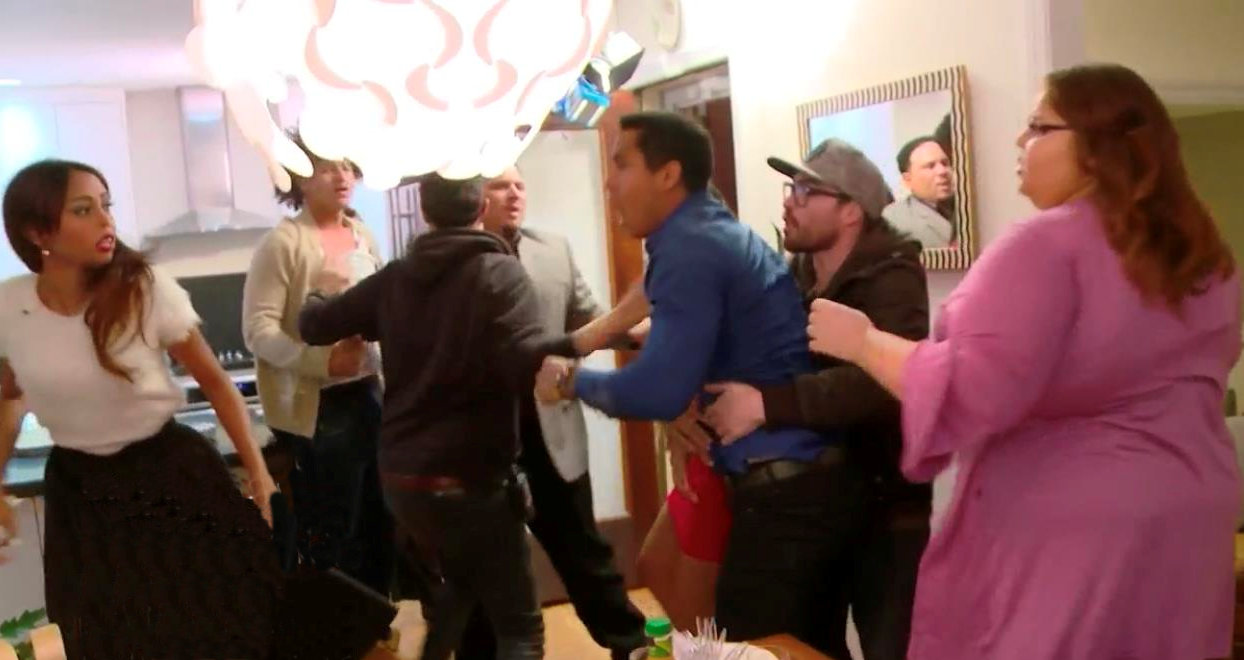 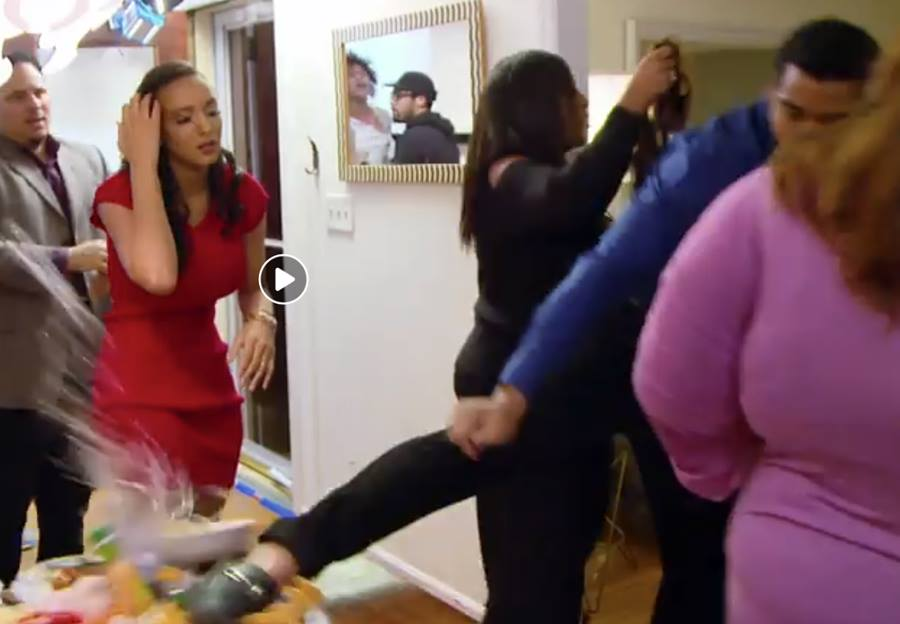 In case you missed the first part of my rant, you can find it here. Another season has come and gone and if you haven’t seen the finale then you have seen the preview. The picture above captures a bit of the mayhem that ensued yet again between “Deh Family Chantel” and Pedro, spearheaded by resident dick, River. Hearing Chantel recount the story, you’d never believe that she witnessed the same thing that we all saw on the screen.

Now here’s what I saw:

Chantel’s mom invites Pedro and his sister to come to dinner (right after Chantel tells them about the fight where Pedro’s sister refuses to sleep on the couch and chooses his sister’s side). They come to dinner, the tension is thick, words are being strewn. Pedro is already on the defensive as he always is knowing her family is probably going to throw some shit at him. His sister and Chantel get into it and as Pedro steps in, Chantel’s mom is chirping in and Pedro kinda dismisses her.

That sets off River who uses the n-word on Pedro and kinda antagonizes him. Pedro gets up and asks him “What you say?” River is feeling froggy and continues to poke Pedro with “wassup” then flicks the lamp at his head. At this point, Pedro loses it and goes to give River what he has been asking for which leads to an all out brawl. Everyone gets involved trying to separate them (Including the cameramen and producers). Before Pedro walks out he gives one valiant karate kick to the dishes on the table (see picture above) and Chantel’s mom, holding extensions starts speaking rather babbling some incoherent Spanish. Leaving Chantel in the corner crying tears and wailing with no actual tears to be seen.

Where do I start from?

First of all, I completely see where Chantel is coming from. In part 1, I mentioned how Pedro is showing normal immigrant behavior but this season, I do think he is taking it a bit too far and he doesn’t prioritize Chantel. I think Chantel made an effort and wanted bygones to be bygones even after he bought his sister a ticket without talking to her and allowing him spend thousands on furniture.

Speaking of sister. This season is the first season I actually thought that the rumors about Pedro’s sister being his girlfriend might actually have something to it because I just didn’t understand when he said he would go stay in a hotel with his sister. like huh? -____-

I don’t know from day 1 I had always thought Pedro had genuine love for Chantel. The problem lies with both their families not respecting their marriages and both of them not knowing where the boundaries lie. Pedro puts his family first but he is married now. Chantel knows that her family hates Pedro yet provides all the ammunition they use against him. She’ll seem fine with a decision till her family chirps in her ear and she does a 180 (also, is it me or does Chantel act/talk a little slow sometimes)

Anyways back to the fight, NOONE and I mean NOONE in the family Chantel is bringing up the fact that River antagonized Pedro and started the whole thing. During the fight, none of them went to stop him, they all went to hold Pedro back. Pedro’s sister was trying to diffuse the situation and even got knocked over by River but somehow in their version, she attacked Pedro and bit him and scratched him and Chantal’s sister suddenly wants to “beat her ass”

I don’t understand how this family watches themselves on TV and still see no error in their ways. Pedro and Chantel need to take a break from their families or give them both a stern talking to, to back off and stay out of their affairs. If Chantel’s parents would give Pedro a chance they might actually give their daughter a chance to be happy. It’s easy for me to just say they should separate because they seem so miserable (as do all the couples on this show) but they seem to love their problems because nothing ever gets solved and they keep gravitating to each other which just sounds insane to me. How do you make yourself get used to unhappiness? 🙁

Anyways, looking forward to the reunion next week and seeing what they are up to. If I was a betting woman, I am pretty sure they are still together and we will be subjected to hearing about the same problems over and over. What do you guys think? I’d love to hear it.

P.S When did Chantel’s boobs get so big!

My Thoughts On “The Accountant”

All of Jlo’s outfits at the American Music Awards