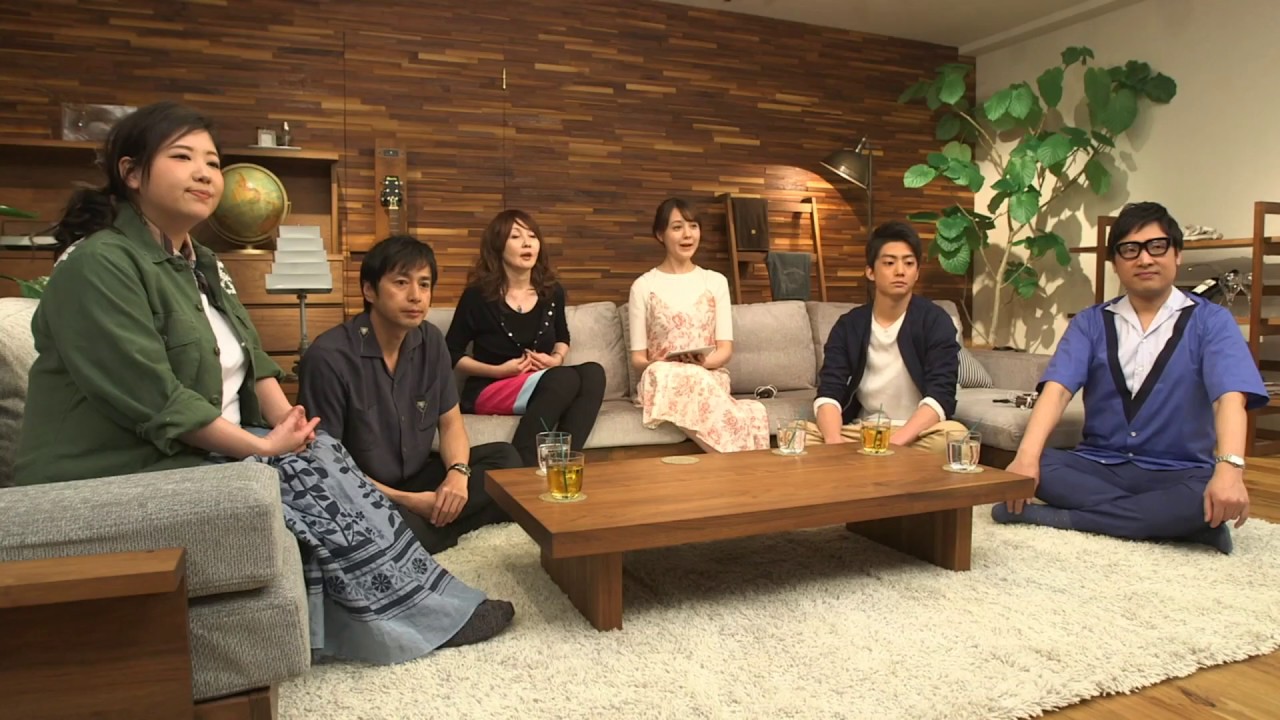 One day I was talking to a friend about TV and asking what he planned to watch that weekend. He listed the shows/movies and casually mentioned that he wanted to check out this show he has heard about on Netflix called Terrace House. I am like what’s that? – I get flustered if there’s a show or movie that I don’t know about. It’s like my world has shifted on its axis – He says it’s this Japanese reality show. I heard reality show and I was sold. Without doing any research or looking it up, I began the binge and boy, if only I knew what I was getting myself into.

Here’s how the show works:

3 boys and 3 girls move into a gorgeous house for what feels like a really long time. Unlike the reality shows here in the States, the houseguests are free to go about their daily business. They can go to work or school, stay out as late as they want, hang out with friends and family, access to internet and mobile phone and get this – as the show airs in Japan, they have a movie room where they are able to watch the show on Netflix while they are in the house! They can stay as long as they want and if they have had enough of the house, they can decide to leave and they get replaced by a new member. So basically, it’s a revolving door. Where here, we have diary rooms/confessional and we get to hear their view points,  this show has 6 commentators who seem to be famous personalities in Japan provide insight and comedy as they watch the houseguests with us via their headphones.

I know I have written posts under the umbrella of “Guilty Pleasure” but I used it just as terminology because I truly never feel guilty about anything I watch reality shows included. But this show. As I type this, I am hoping to find a way to describe this show because I am not sure I can give a tangible reason why I like this show so much. But yep, I sure felt guilty. I don’t even think I tweeted about it once as I binged through the VERY MANY episodes available.

So the first installment since Netflix bought the show is subtitled “Boys and Girls In the City” and is based in Tokyo. Nothing really spectacular happens in the first few episodes (and some may argue on the show overall) but somehow a lot of things happen. See, you learn really quickly how different the Japanese culture is from American culture. They are so polite. They could be mad at each other, scolding each other and they’ll still have some smile plastered on their face as they nod politely. That being said, they are also so animated, with many exclamations as they talk.

Unlike shows here where you can tell scenarios are staged, everything on this show is organic and it’s quite obvious. The good thing is because it is really organic, the editors earn their money and the show moves quickly. To maintain it’s squeaky clean status, situations that involve sex or alcohol aren’t shown and are just inferred. We don’t get any back story or sob story, noone is competing for anything and in fact if there is any prize to be won here, it’s a boyfriend or girlfriend.

Let me explain this, for the most part the goal of most of the members is to find a boyfriend or girlfriend. It is such a goal that when a new guest comes in and their info is captioned it reads: Name, Occupation and Last Relationship. There’s a mini interview the houseguests give an incoming guest and it always ends with these questions: Are you in a relationship? When was your last relationship? and What’s your type?

The dating culture is so weird. First of all, because they are so awkward, there are so many awkward silences, awkward laughter, awkward nodding. Nothing is ever really clear. One conversation might have a person declaring their feelings and the next will show said person saying “thing is I don’t really know how he/she feels”. Holding hands in public is a BIG deal. So imagine how I felt when I found myself being embarrassed watching members kiss for the first time. Like, I had my hands over my eys. Guys, I watch Power. This chaste kiss is child’s play! But date they do and it is not official until the girl is officially asked.

I have to mention that the show has a lot of food! They eat so much both in and out the house and everything looks so delicious. Because of how much subtitles you have to read (yep you can’t multitask and watch) you are bound to pick up some Japanese words. Don’t be like me and learn and forget them by the next episode.

The next installment of Terrace House is based in Hawaii and titled “Aloha”. You could tell the difference from the one in Japan as a lot of the members are Americanized even though they still speak Japanese. The first round of members were quite dull but the show picked up halfway through. It still shared some of the basics that the Tokyo version had but not as much of the innocent charm it possessed.

Overall, I really don’t think anyone can do a good job of selling this show. You have to watch it yourself and watch how it somehow sucks you in. For such a chaste show, there is somehow still drama to be found. At first, I found the commentators to be intrusive and annoying and now I have come to like them. I think they were much better and funnier in the Aloha version.

Give this show a chance and tweet at me if you get into it and want to discuss @taynementdotcom. I will warn you. Boys and Girls in the City is a total of 49 episodes (30 mins each) and Aloha so far has 32 episodes with the rest to be added in America sometime in October so, it is a commitment but I promise you’ll get sucked in and it’ll fly by.