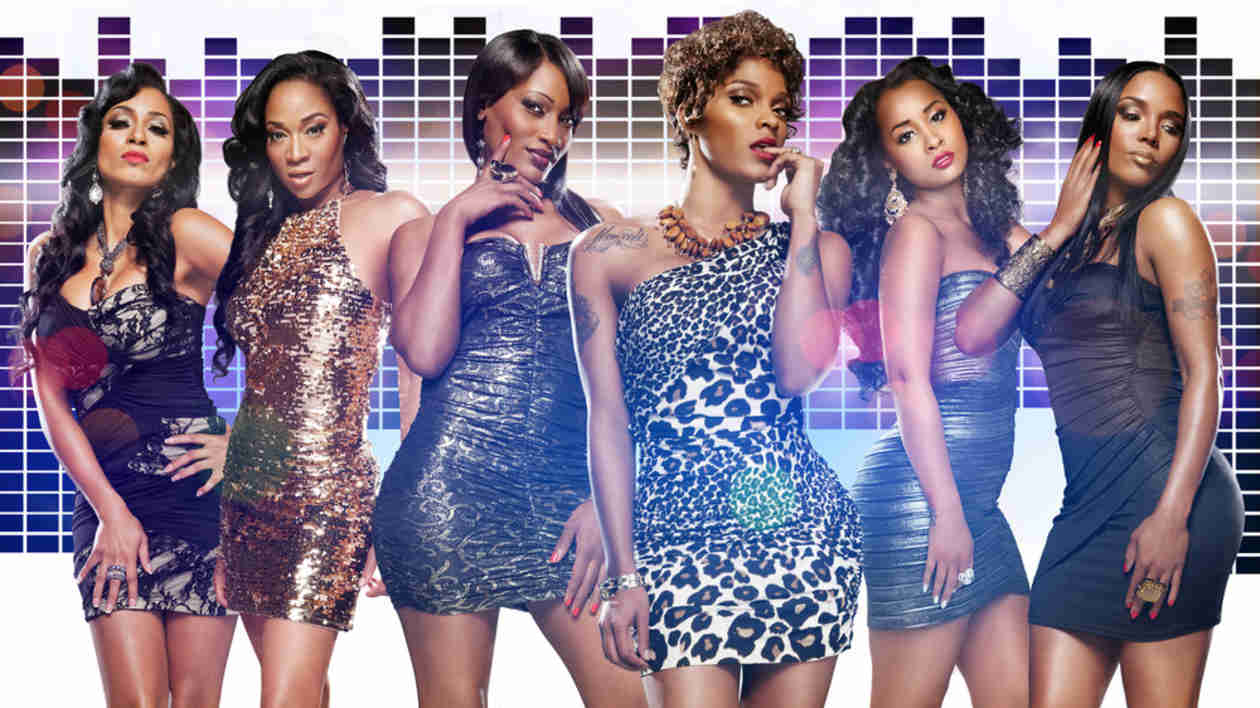 We begin with Mimi in tears letting us know that her dad had passed away. We also find out that he was her last living parent. This sex tape topic comes up again. She says that she is not able to grieve because she is still defending the tape. She tells us that she did a radio interview and she received a text from Stevie telling her “Karma is a bitch”. She says she has no one in her corner except Nicko and her daughter. Karlie and Joc are doing a track in the studio and Karlie asks Joc again if he is still seeing home chick who smacked her upside the head or “the help-teletubby” like Karlie calls her and he says “I am no longer cheating on you”. Joc is telling us how he is trying to put Karlie on the map and she sees that as Joc really having her back. He tries to get frisky with her in the studio.

Stevie goes to confront Benzino to ask about the Mimi cover. Benzino defends it with how much money they will make. Stevie says he can’t be okay with promoting the sex tape and also with him being in trouble with Joseline back home. Benzino tells him to put his foot down since he is the man anyways. Erica is joining the reality career of having a fashion line and she is with Karlie putting her to work – although I see no work being done. Karlie tells Erica about the song they are doing and how he is in New York trying to help her out.

Waka Flocka – who I forgot was on the show is meeting with his mom because she wants to express to him that she was hurt that he went off and got married and it felt like she lost another son. Waka tells her that honestly he doesn’t feel any grief at his brother’s loss because he sees it as a chapter in life and all he is thinking is that his brother isn’t in pain anyway. He says that they also didn’t want a ring because it’s a decoration and he is interested in a foundation. Kalenna and Rasheeda are at the doctor’s office and we find out Tony has 9 kids!!! 9 KIDS!!!! Why??? The doctor tells her there is a faint line and there could be a problem with the baby and she tells him about the mold.

The ultrasound for Kalenna is done and everything is declared ok and her due date on Christmas day. Mimi and Ariane meet up and of course Ariane starts to cry. Somehow and unsurprisingly, Stevie’s name comes up and she says she wonders why she still lets Stevie get to her. Ariane tells her she accepts her happiness and she will be there for her and whatever she needs she will drop everything and be there for her. Deb is having a meeting with a radio personality about her nonprofit group she started. Tammy walks in and the personality conveniently has a phone call and the two are left alone. Deb says that she is happy for them and she wants grandkids. Tammy says she wants to check out a fertility clinic just to make sure everything is okay.

Stevie put up a video for Joseline. The fastest way to Joseline’s heart is when it’s work related. Tony and Kalenna are living in a hotel and he tells us how they are struggling with their bills and finding a place to live. She tells her husband that at first she was unsure about the timing of the baby but after seeing the ultrasound she didn’t want to mess with their “serendipity” and she just wants to be a better wife and mother.

Ariane as pretty as she is, is becoming annoying as Mimi’s ambassador. She calls to speak with Stevie and he says that he taught her everything.  Ariane says Mimi didn’t do it for the money. Ariane says her dad just died and Stevie says “what? He saw the tape and had a heart attack?” Ariane says that she thinks Mimi is wearing a smile to cover up pain. Stevie says what pain? And Ariane points to Stevie. She says she feels she did it to get back at Stevie. Stevie says that it was a lousy plan and she knows much better people and wouldn’t it have been better if she hooked up with a basketball or football player? She asks Stevie why she won’t talk to her and Stevie says that Mimi is always so angry and then he asks for a sit down and Ariane says she will try.

Erica and Karlie are out on a fashion show. We see a shot of Scrappy and Erica is like “Is that my baby daddy?” Erica says he knows nothing about fashion so there has to be a reason he is here. Scrappy says that Erica is “family” and then they start flirting. Scrappy walks away and runs into Joc and tells him that Karlie is around. Joc is with the “teletubby”. Erica spots him and notifies Karlie. Karlie walks over to them with Erica in tow.