Home > TV > I Watched The First Episode Of #FilthyRich 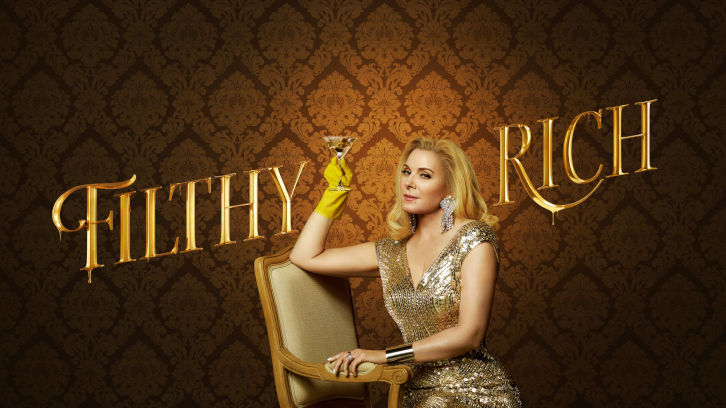 With the corona virus putting a halt in production in Hollywood, Fall TV season is delayed with not a lot of scripted series ready for airing. Fox reached into their bag for Filthy Rich. It was supposed to originally air in the spring but they kept it for a Fall release.

Filthy Rich follows the Monreaux family in New Orleans who get their filthy wealth from being successful in the prosperity gospel world. Meaning they are a family of televangelists. It consists of Eugene Monreaux who is the pastor and CEO of the Sunshine Network. His wife Margaret Monreaux played by Kim Cattrall and their two kids Eric and Rose.

Philandering Eugene is in a plane crash and his will reveals that he has fathered 3 illegitimate children. The pilot centers around Margaret trying to wrangle them and keep them quiet, while everyone tries to deal with the new reality and discoveries.

Did I like this show? It’s hard to tell. What I can say is that the show is basically a soap opera. Think the revived Dynasty or Empire. It’s over the top. It’s campy and has enough twists and turns to give you whiplash. What I have not determined yet is if it is fun.

I hate when Hollywood has to have southern accents and this show is heavy on the southern accents, even though I don’t necessarily think this is what a New Orleans accents sounds like. It’s quite a change to see Kim Cattrall as a pastor’s wife and see past her role as Samantha on Sex and the City (I’ve watched her in another series – Sensitive Skin and didn’t have these feelings). Partly because she is visibly much older now (with obvious face work done) and all I could think about is how aging spares noone. Cattrall does a good job as the star of the show but I don’t think the supporting cast (save for Steve Harris) is very strong but that may just be what is required for a campy drama.

I was not overly impressed by the pilot to give raving reviews but I will be sticking around to see how this plays out. I feel for network TV as subscription streaming services seem to be taking over. For those of you who like spoilers, the show is based on a New Zealand show of the same name. Give the show a chance and let me know what you think of it.