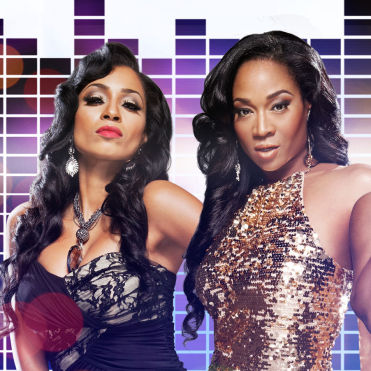 Mimi’s mystery guest is revealed and it is none other than Stevie J. She starts beating around the bush and Stevie tells her to get to it. She admits that she helped Nicko with the story, somehow she still blames Nicko for it. Stevie asks her why she went along with it and she says she has no answers and she couldn’t sleep at night blah blah blah. Stevie is like you can do what you want since you are grown but we have a daughter. Stevie is very understandable and Mimi thanks him for being understanding.

Ernest and Scrappy – who hasn’t really had a storyline this season are meeting up. Ernest says he wants to better his relationship with Scrappy’s sister, Jasmine. He tells Scrappy he wants to renew his vows with Momma Dee and wants to ask her to marry him. Scrappy tells us that he doesn’t think these two are ready for marriage and who knows how Mama Dukes will feel in a year or two. But to Ernest he tells him that he is happy.

We see Kalenna making eggs and she tells us how her husband didn’t come home last night. Tony strolls in at 10am like nothing happened. They get into a fight because Kalenna doesn’t think that it is a big deal to ask where he has been. She brings up the past when he cheated. Things escalated and she breaks stuff and he walks out.  We see Joc on Sina’s couch and Sina grills Joc about Khadiyah as she’s hoping things are over between KD and Joc. Joc lets us know that he has been good and hasn’t done anything with Sina. Sina asks Joc what KD has that she doesn’t have since he always seems to end up at her place. She tells him that he needs to take responsible and be with his family and get himself together.

Margeaux is with Ariane at her art show. Nicko walks in as Ariane keeps rolling her eyes. Margeaux asks Ariane why they both have so much tension since she doesn’t know Nicko. Margeaux asks her if she spoke to Mimi. Mimi walks in to Margeaux’s art show. She says that she needed to talk to her friend and decided tracking her down at the show was the best place. Mimi declares she is taking her power back. Hisss. Ariane tells Mimi not to have any confrontation and Mimi tells Margeaux she wants to talk to her. She tells her it was Nicko’s plan but she helped him figure out how to get it out to the world. She tells Margeaux that she lied to her. Margeaux starts getting messy and Ariane gets Mimi out after over hearing the convo.

Mimi walks away and Ariane runs out after her to find out what the truth is. Instead of Mimi to calm down and explain to Ariane she starts yelling at her and telling her if she doesn’t want to mess with her she understands and she went through a lot. Ariane started crying and says it hurt her feelings that Mimi couldn’t come to her to talk. Mimi says she is done and can’t deal with this anymore, Ariane tells her to go.

It’s the opening of Club Kapture but Kalenna is not feeling it. The club looks empty and looks like it has pews? Joseline and Stevie “perform”? Kalenna tells Rasheeda and Kirk the whole trouble of the investment and coming home at 10am. Tony is doing the same with Stevie J. She says she just wants to do her music and take care of her family while Tony says he can’t do both, be a husband and manager. She is in tears and Rasheeda tries to calm her down and tells her that maybe she needs to talk to someone that she talked to Deb during her problems and maybe she should talk to her.

Mama Dee and Ernest are at church celebrating their “Love that’s heaven sent”. Ernest goes up to the alter – reality shows have no boundaries. How do you stage a scene in a church? Anyways, Ernest gives his testimony and asks her to come up to the alter and then he mentions the “promissory ring” again…He gets on one knee and proposes to Mama Dee. She says yes while crying and her song starts playing …IN CHURCH!…and she sings to him.

Margeaux stops by to see Nicko and tells Nicko that Mimi has admitted to being a part of the sex tape. Margeaux says that she felt like it mirrored a time when she cheated on Nicko. She says they were in a bad place and she never apologized. He says that he needed to hear that and they can move on now. He asks her what she wants to do and Margeaux says that she thinks they should separate. She says that relationship wise, they are drowning each other and aren’t for each other. Nicko says he doesn’t know how to respond and is in tears himself.

Khadiyah tells Joc that her body is off and she feels they should take a pregnancy test. You could see the weight of the world settle on Joc’s face. She walks out with a pregnancy test and it turns out that she is not pregnant. She starts crying and being emotional and asks him what if? If she was pregnant. He says he isn’t ready for baby #9, then she says so you would ask me to get rid of it? He starts scrambling and she cries some more and says she wants a man that wants her for her. We end the episode with KD telling Joc “I am not pregnant so you don’t have to be here if you don’t want to”

My thoughts on "Love Life" and "Everything is 4"

Look of the Day – Serena Williams