Home > Reviews > My Thoughts On #KingRichard 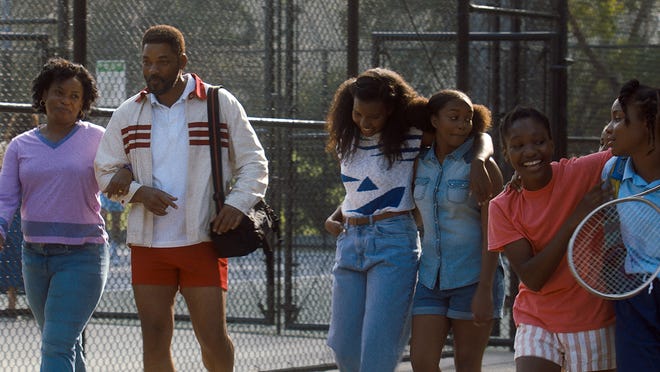 King Richard is the movie that tells the story of the first coach of legends (yes, legends) Venus and Serena Williams. The movie shows how dogged Richard Williams was in making sure his daughters lived out their dream, exactly as he had planned it. No spoilers necessary, we all know how it ends.

I absolutely loved this movie. When I first heard about this movie I was actually surprised that Richard was actually going to get recognized but I was pleased. There have been people who are of the opinion that a man hijacked women’s story once again, but I don’t see it that way. He is their father and played a major part into who they are today and also, they gave their blessing for the movie. If they’re fine with it, who is anyone else to not be?

Back to the movie, I wasn’t sure about Will in this movie because he is a big character off screen. I worried that it would be difficult to separate character from actual character especially since Richard is still alive. But, that was my mistake. Will has done it before and he did it again. I consider him a good actor and he proved it once again with this role, you get to see him as just Richard after a few minutes.

I think the movie did a great job of covering the time span that they were focused on. They did a good job on showing Richard as a father and as a coach and as a flawed person. In a scene with his wife, Oracene, played fantastically by Aunjanue Ellis she mentions how he is not a good father to his other kids. It was a one liner but it was enough for the movie to acknowledge a whole other life, while we watched him be a good father to the kids that lived with him.

I did not see this movie as a full biopic so I didn’t think it had to acknowledge every single aspect of Richard’s life. It worked because it gave the movie focus. This was a well balanced movie that was also a feel-good. It was nice seeing the relationship between Venus and Serena and just seeing a black family being represented positively. Look out for appearances by Tony Goldwyn and Jon Bernthal.

I don’t know how much of it was fact or exaggerated but I think knowing how it ends makes it easy to look over whatever might have been exaggerated. It’s hard not to have respect for Richard for all he did for the girls but it also makes you wonder what might have happened if the girls dreams differed from his. I am glad it didn’t because it made watching the movie better knowing that their collective hard work paid off.