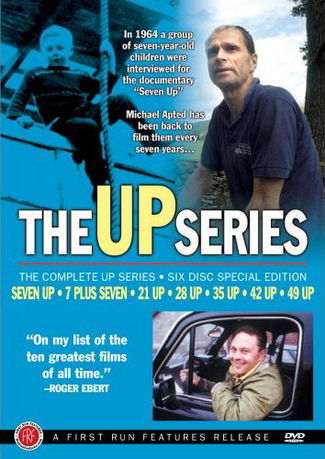 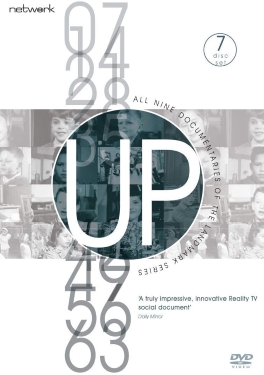 I’d heard about these documentary series some time ago and added it to my Netflix queue. I never got a chance to watch until recently. Before I delve into how much I loved it let me give the synopsis.

In 1964, 14 British children were filmed when they were 7 years old. They were interviewed and asked various questions ranging from girlfriends to schools to fighting. Now every kid was chosen from different backgrounds with the whole goal of the series trying to prove that your socio-economic background predetermines how you turn out in the future. The whole premise operated under the quote “Give me a child until he is seven and I will give you the man”. Now the cool part about it is that the director has revisited these children every 7 years and now there are 8 series and they are 56! It’s called the up series because there’s an “up” after each age series. For example, the first is 7up, keep adding 7 and the latest is 56 up (as seen in the picture above)

Okay, so I’ll admit I am a documentary fiend and I was already sold on the premise. I loved it. Even though the whole goal was to prove some kind of future predetermination, as the years go by that becomes very secondary. You begin to form an attachment to these people as you watch them get older and go through life. You watch them marry, become parents, divorce, lose their parents, struggle through careers etc. It’s fascinating to see how some people exhibited who they were already at 7, some were complete opposites and some just remained lost. I had so many feelings watching this. As each series (years) progressed, I found that I’d be scared. I didn’t want to find out if any of them had died and if they hadn’t I wondered who would be the first. As I began to see lines on their faces and weight gain and watch them be grandparents, it was so hard to believe I saw them at 7 and I was so aware of my mortality.

Anyways, I recommend this if you have time to. The director doesn’t hold back in his questions for example a man who wasn’t married was blatantly asked if he wants to get married and when he said yes, the director said “well you are getting on in age, when will it happen?”, he was so direct that at some point some of the subjects squibbled with him on camera. Some negatives is that not all the cast returned every year but then they’d change their mind and come back. I have to say most of the cast expressed how they hated doing this but for some reason they did it every 7 years. Every series became repetitive because they’d go back to each series and replay everything they had said so at some point I had to start skipping those parts as I could now say them word for word. I liked how honest everyone was and I commend them for their bravery, imagine your life being reviewed every 7 years and your failures and successes being counted and you are forced to face them. All in all, it was a great watch for me and it can all be found on Netflix streaming.

Bonus info: Apparently many other countries have done their own versions. I have only watched the South African version which stopped at 28 up. By then, most of the characters had died from HIV 🙁

Look of the Day - Kat Graham