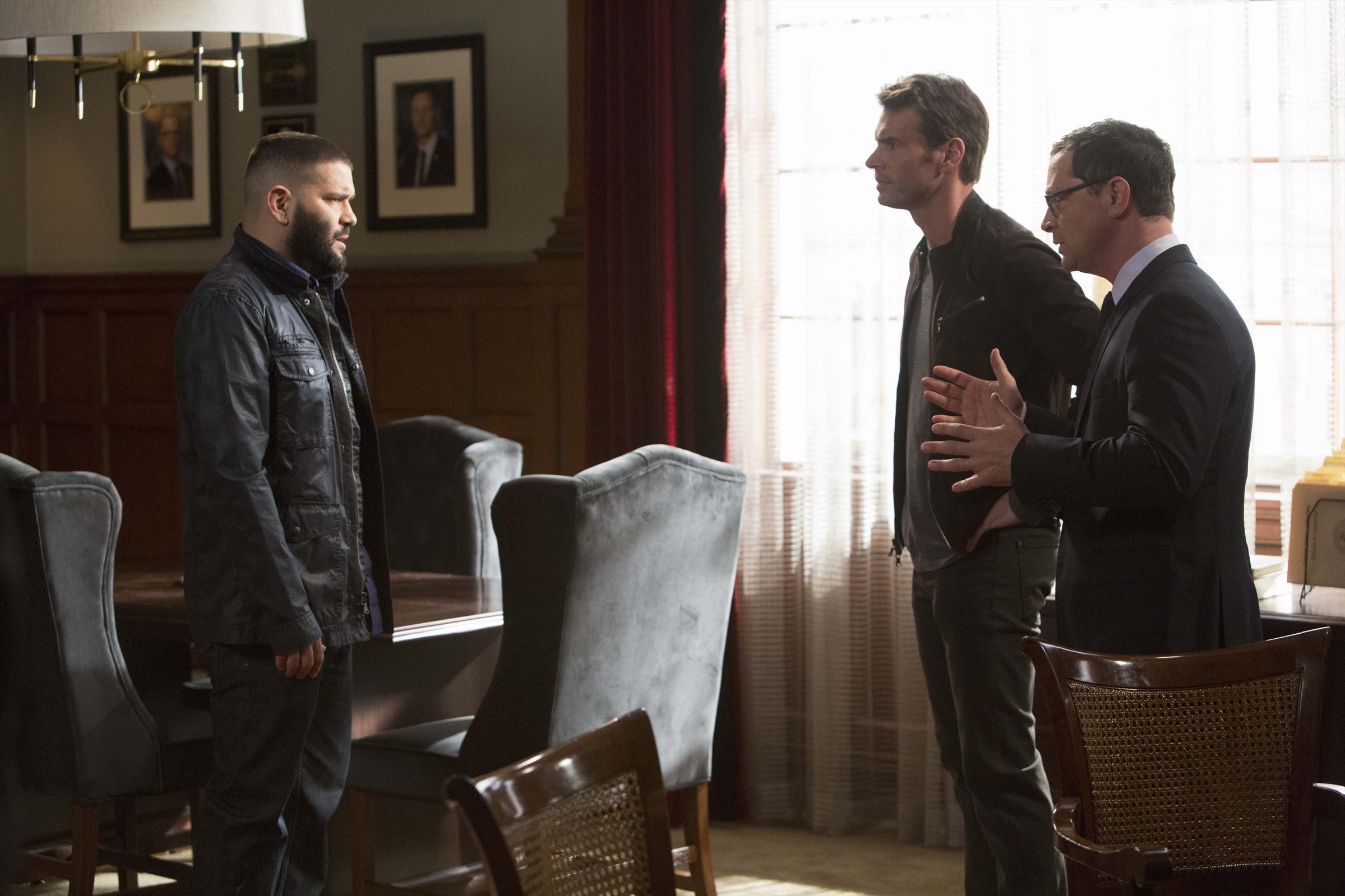 Fitz, Mellie and Cyrus are still invested in Susan Ross as VP and they have pulled out all the stops to get her nomination confirmed. She already had the odds stacked against her and breaking into a braying laugh at her first press conference since the announcement definitely did not help matters at all. Abby decided to bring in Leo Bergen, the VP whisperer and her current boyfriend to fix the situation. In typical Leo fashion, he went a little too hard on poor Susan and she quit. This prompted Abby to fire her boyfriend and turn to Olivia for help in convincing Susan to stay in the race because “the bad guys have been winning like crazy and she (Liv) could use some good news right now”. The gladiators are very good at giving speeches. Despite all of Olivia’s efforts to get Susan confirmed, turns out, the main problem was Fitz. His constituents didn’t trust him because of his actions in regards to West Angola and the only way he would get Susan nominated was to go to the Hill and beg them to forgive him. He eats crow, and sure enough Susan gets nominated.

Meanwhile, David Rosen gets a visit from a stranger. A stranger who happens to be Huck’s estranged wife Kim, who wants David to prosecute B613. Kim read the files that Huck had given to her to prove he was telling the truth about not abandoning her and Javi. David shares this information with Jake and Huck and he mentions her husband’s name Diego Munoz; this is the first time Huck’s real name has been shared. When Huck realizes that the woman behind all this is his wife, he confesses to Jake and David and they all decided that Huck would testify but pretend to have PTSD so he would not be able to complete the testimony.

During the testimony in David’s office, Huck has flashbacks to all he has lost and instead of going with the plan; he confesses all to David Rosen who looked visibly shaken by the horrors that Huck, Jake and others endured in that hole. David decides to use the B613 files to bring down the bad guys. Something tells me Jake will not get onboard with this plan and he will drop some bodies before all this is over.

Olivia was barely on screen during this episode and she seemed like a supporting character, which I’m not entirely a fan of. She has taken to walking around her apartment with a gun. Someone needs to get her in therapy. While at home, she hears knocks on her dead neighbor’s door. Its “where is the black lady” lady who was looking for her friend Lois. We find out her name is Rose and she is still determined to find out what happened to her friend. Olivia invites her into her apartment and we find out that not only are she and Lois friends, but they have been in love for over 40 years. They fell in love at age 16 but a black lesbian couple at the time had no chances of happiness. So they both decided to live straight lives. When Lois got divorced, Rose came to DC to be with her but they decided not to live together.

She implores Olivia to help her find out what happened to Lois. Olivia asks Huck and Quinn to start with the ambulance that carried Olivia out of her apartment building. They finally found her body but Olivia lied to Rose and told her she had a brain aneurysm and she felt no pain at all. At the funeral service, Olivia stands next to a grieving Rose who is crying about her love being taken away from her too soon. Olivia returns to her apartment and finally gets rid of her wine stained sofa cushion but the gun is still there. Here is to hoping she seeks some kind of professional help to deal with the trauma.

What you should be watching - The Jinx