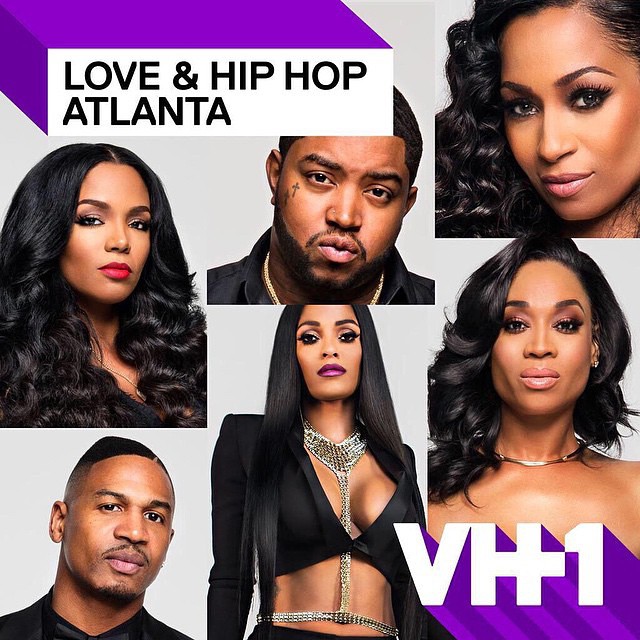 Kirk says he has a surprise for Rasheeda and blindfolds her and takes her to a destination. He takes off the blind fold and tells her it’s her store. It’s a huge expanse of space. Rasheeda is happy with him and tells her he will do the first stocking. Always an opportunity to hold a party on a reality show, she says she has to have a grand opening. Scrappy meets up with his sister and she tells him their mom is getting married in a few weeks. Somehow, Scrappy didn’t know this piece of information. She tells him about the dress shopping fiasco. Scrappy is not happy about this and also the fact that she has two women he was involved with as part of her bridal train, he says it’s messy.

Joseline walks in tits first to a Gayborhood promotion meeting saying she wants to take care of business without Stevie. Joseline tells them that she is bisexual and tells them about her difficult childhood and when she discovered she liked women too at age 14. Kalenna and Tony are meeting up with a counselor as she has been officially diagnosed with postpartum depression. The therapist asks her about social support and she tells her that all she has is her husband and child and mentions her beef with Rasheeda over something petty. Tony says he feels bad that he wasn’t there enough for her and is willing to put the effort to help her.

Bambi tells us that she is excited about Momma Dee’s wedding and has put a bunch of weave looks together for her. Scrappy comes in and asks Bambi why he didn’t mention it to her (that is weird); Bambi says she has learned that when it comes to Momma Dee and Erica she minds her business – huh? Momma Dee walks in and Scrappy lays in to her that he thinks the wedding is too fast. He switches to Erica and Bambi in the same bridal train. Momma Dee says that Erica is part of the family and Scrappy says nope she is not, he says things went to hell after Imani’s birthday party. Momma Dee begs Scrappy to come to the wedding, that she needs both her kids to be down from the crown and come to the wedding and she also wants him to walk her down the aisle. Scrappy says he loves her but also lays an ultimatum that if Erica is in the bridal party then he won’t come to the wedding.

The weird friendship of Dime and Margeaux continues as they meet in a studio and Dime is spitting out her lyrics for the remix. Dime tells her about her fight with Tiffany and says that she is done with giving Mimi chances and is ready to burn her to the ground. She wants to do a performance that Mimi has booked for her. Dime invites Margeaux to perform with her to get on Mimi’s nerves. Stevie gets all the guys together to go fishing and to let him know he is moving back to LA. As Scrappy tries to tell them his situation, they all tell him that walking his mom down the aisle is important but Scrappy isn’t hearing it. Stevie tells them about Joseline working with other people. Tony tells Stevie, Joseline has a performance and Scrappy pulls out Instagram as proof. Stevie says a G never shows his emotion but he recognizes the person in the picture, which means Joseline lied to him.

Rasheeda and Erica are meeting up at Rasheeda’s house and Erica updates Rasheeda on Momma Dee wanting Erica to be a bridesmaid and the shenanigans that happened at the dress store. Rasheeda says maybe Momma Dee is trying to create a moment in her wedding. Stevie is rehearsing music at home and as Stevie says Joseline walked in “dressed for seduction” in a peach bathing suit. Stevie confronts her about working with someone he knows and Joseline asked him if they went fishing or fishing for information. They get into a tiff as Joseline asks him what he wants her to do. She tells him about the Gayborhood performance and asks him to be there that she wants him to support her and continue helping her.

Momma Dee says she thought she was doing the right thing by having everyone together at her wedding but her ungrateful kids are making things difficult. She goes to Erica’s house and Momma Dee tells her about Scrappy’s reaction about her being the bridesmaid. Erica says out of respect for her, she will show up at the wedding to support her but she will pull out of being a bridesmaid. Momma Dee apologizes for Scrappy’s behavior and confides in Erica that she isn’t sure if her kids will show up and they keep making her choose in life. She says it is sad when Erica Dixon is more supportive than her kids. Erica asks if she will still move forward with the wedding if her kids don’t show and Momma Dee says she really doesn’t know.

Dime and Karlie Redd are shopping for shoes and Dime (dressed like a ho-ish caricature) tells Karlie that they had studio time. It is too much for even resident gossip Karlie, that she says she is not going to pass on this information because Mimi won’t take it well and she doesn’t want her name dragged into any mess. Karlie tells Dime to tell Mimi and Dime says she will…at the performance. Karlie asks what song she will perform and Dime says Margeaux’s song “start a war” and when you hear her verse you’ll know she truly is starting a war.

Mimi is at Dime’s performance with Ariane. Mimi is singing Dime’s praises to Ariane and Stevie shows up and emphasizes that he is only here to support Mimi. Only God knows what she is wearing as her boob area is all blurred out. Dime says she has a surprise and brings Margeaux to the stage. Mimi as always gets turnt and says that Dime has lost her mind.

Cover of the Week: Misty Copeland on Essence

Cover of the Week - Idris Elba on Maxim

My Thoughts On BOTH #Fyre Documentaries