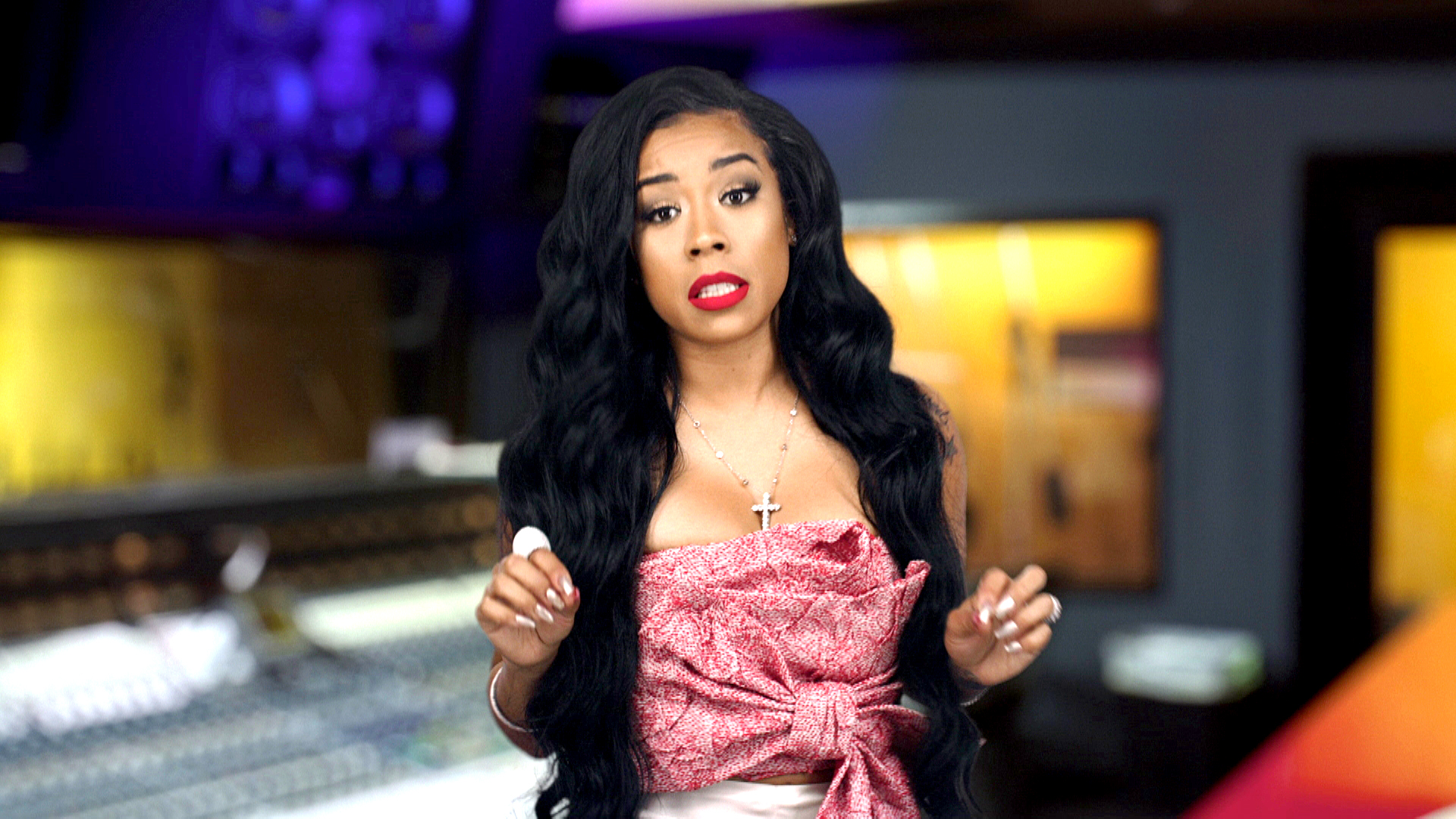 Masika is getting a pedicure and another gay friend of hers, Misster Ray who is an event planner to help plan her launch party. He is running through the guest list and Masika lets him know that Zell is on her shit list. Ray throws in his extra fuel to the fire to say how he met Zell and the energy wasn’t right. Masika says she doesn’t want to invite him but Ray is insistent on inviting him and makes a statement like he will have him entertained. Masika says she doesn’t like the sound of that but Ray says to leave it to him – which is code for drama to be expected.

Nia still playing her friend role, is with Moniece as Moniece expresses her concern for Teairra. They have invited Cisco over and let him know that they were not trying to fight him and it was more about Teairra has a drinking problem and is an alcoholic. Moniece asks him if he loves her and if he will leave. She also asks him if she didn’t behave that way in New York. Cisco insists she wasn’t and yea they turned up but she was never crazy. Moniece lets him know that she is planning to have an intervention and let her know she needs to be in rehab and she just wants to know if Cisco is in or out.

Brooke Valentine is still playing woman scorned and is still pissed off at Marcus. For some reason she calls the “one and only man she can trust” – Booby. And for some reason, they are meeting at the top floor of a parking garage. She tells him Marcus’s stunt and he is all he deserves something and she says he is giving her butterflies and yada yada *rolls eyes*. He plays his new music for Brooke as she sings some hook  (i gotta say it wasn’t half bad). Brooke says she will be honored to collaborate with him but she admits Marcus would feel some type of way about it. Booby says that might be the kick in the pants that Marcus needs to step up and he is up for the job.

Cisco admits that the Teairra he knows in LA is not the same as the one he knew in NY. He asks her what is going on and it seems like she is spiraling. Cisco asks her why she is putting walls up and acting like a tough chick and running someone who cares about her away. She tells him she would rather talk to a bottle than him. And quickly adds that she knew he wouldn’t get it. Cisco tells her that he totally gets it as he has been to rehab before for alcohol and prescription pills. She says she is dealing with it on her own and he says that she doesn’t have to because he is here. She says she loves him (the second time in this scene) to which he never says I love you back and sticks to “I care about you” I thought it was a sweet scene and I felt for Teairra.

Creature Lucci is on. Meeting up with Alexis at a strip club and she tells him that she is not pregnant and he asks her how she feels about it – which was nice of him. They decide that they need to start from scratch with not much baggage.Marcus gives Brooke roses as an apology. She doesn’t accept it and throws it in his face that she is going to record music with Boobie and as she predicted it gets under his skin. Marcus tells the guys that “Brooke can make music that we will never hear with Lil Boo Boo”. All the lolz. A1 tells them how he is supposed to have a meeting with Keyshia Cole but Lyrica doesn’t want him working with any females. The guys say no woman should be able to stop his money. Cut to Brooke and Booby’s rehearsed scene. Booby lets us know that if he ever decided to pursue Brooke he would have her and he is allowed to do him while Brooke tells us that she will never be more than friends out of respect for Keyshia and though she loves Marcus it’s getting harder to keep Booby in the friend zone.

Looks like Keyshia has decided to mingle with the rest of her castmates and she is out shopping with Zell to style her – so I guess he is a legit stylist. He goes on and on and on updating Keyshia. He says he is going to accept her invitation and extend an olive branch. He calls Ray a blowfish and Keyshia tells him to stop trying to be petty all the time. Alexis is working on a job for Nicki and they are talking when Creature Lucci’s baby mother, Sarah walks in and confronts Alexis for sleeping with her man. At what point will these women learn that they should be mad at the men?

Keyshia is meeting with A1 at the request of her A&R rep. They make plans to meet up later that night to work on some music.  Cisco says Teairra’s friends are all talk and no plans and he got this. He says he doesn’t think her problems are as big as they say it is and he takes her to a medispa to get a vitamin drip to detox her system. Cisco asks if it will kill her desire to drink –err what? The person responds with it’s good for hangovers and jetlags. Teairra tells us she doesn’t have a problem with drinking and instead with the people around her but it feels good to have someone with her holding her hand and telling her everything will be okay.

It’s Masika’s launch party and Moniece and Zell walk in together. Dressed in the oddest most unflattering getup, Masika gives Moniece a warm welcome but disses Zell and says he was disloyal. Zell loses it and goes to lay down on the display table and as Ray was giving a speech he heckles him and they begin to hurl insults at each other. Security steps in but Zell throws a drink at him first and is escorted out by security. At this point, even for the franchise Mona has to do better with the casting because for the life of me, I don’t know why Zell or Ray are on the show. They are quite annoying. Between Zell’s face and Ray’s voice, I don’t know which is more unsettling.

My 90 Day Fiance Rant About #TheFamilyChantel