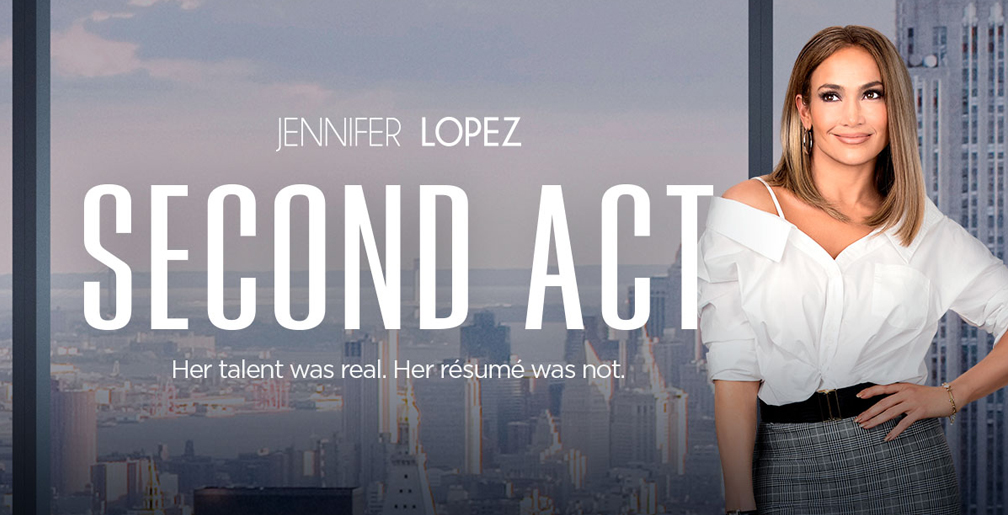 Maya works as an assistant manager at a grocery store and is expecting a big promotion on her 40th birthday. When she doesn’t get it, she is down on herself for not having a college degree and makes a wish that people like her could be seen. Her godson retouches her resume with “untruths” and she lands a big time consulting job with Franklin and his ice queen daughter, Zoe (Vanessa Hudgens). Maya begins a new life after a breakup with her boyfriend (Milo Ventigmilia) and navigates her lies with a little bit of her friends which includes Joan (Leah Remini). The rest of the movie is basically seeing how she makes it through with the lies and if she will be caught.

Listen, it’s a Jlo movie. I love the woman to death but she is not known for doing top shelf movies. So if you plan on seeing this, please adjust expectations accordingly. The movie is quite a lot unrealistic. In fact at some point there was one long continuity error that I couldn’t wrap my head around. It delivers on laughs (I thought Leah Remini was great as was Charlene Yi, who plays Jlo’s assistant) and in fashion. Jennifer Lopez looks so unreal that Jess from Gilmore Girls is playing her boyfriend (to be fair, he is 41). It really is so hard to make J Lo look poor that I realized as I watch that she has been in a lot of movies where she is playing working class and upgrades to upper class.

Oh yea, there is a twist that is pretty easy to figure out early on. I am not quite sure why a) this movie is not a Netflix movie because it is right up their alley and b) why it was released in December with all the award-bait movie competition. Since it is a feel good, pseudo rom com it should have just been at home, in its space with the beginning of the year movies. Of course there is the what seems to be the required character with a British accent. It really annoys me that Hollywood thinks a project is not complete unless there is a British character.

Overall, definitely not the best of movies but if you are looking for something lightheaded and fun to watch, it fits the bill.

Netflix's Most Binged Show of 2018

Who Would I Give The Oscar To?

My Thoughts on “Come Sunday”