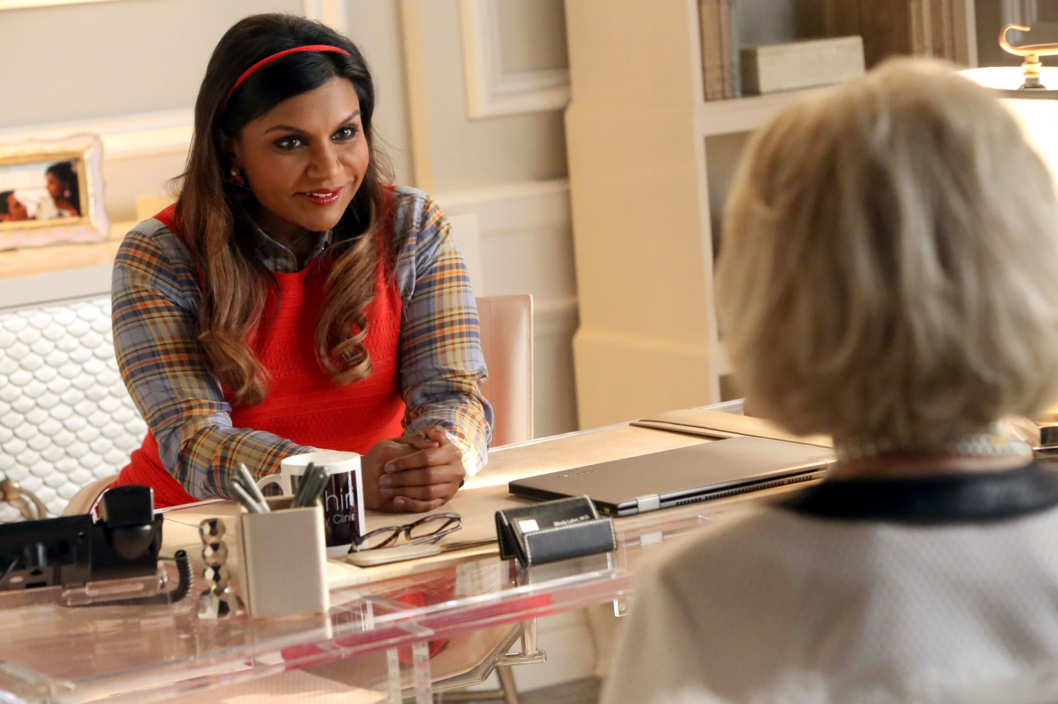 Mindy is ready to open her fertility clinic, but she has no clients. In contrast, Dr. Bergdahl is seeing more patients than anyone else, despite being new to the practice.

Tamra, Beverly and Morgan decide to raise funds for “Nurse Obesity,” with a goal of $250,000. When Mindy comments on how skinny they all are, Morgan responds “yeah, due to poverty.” Dr. Bergdahl doesn’t pay attention, giving the nurses another reason not to like him. He makes it worse when he asks them to make him a sandwich. “Do I look like a work at Au Bon Pain?” Tamra exclaims.

Mindy gets her first patient, but she looks like Anna Wintour’s mother, clearly too old to be having babies. Frustrated, Mindy counts on Danny to send her referrals. But when his patient asks about her success rate, the patient chooses to go with someone with more experience. Mindy gets mad that Danny didn’t lie to the patient.

Jeremy and Danny talk to Dr. Bergdahl about how the nurses don’t like him. Bergdahl’s way of taking care of it was to go yell at the nurses. Morgan suggests he donate to the fundraiser to make up for yelling at them. Bergdahl refuses and tears down their fundraiser tracker. Jeremy tries to diffuse the situation but Tamra gives him an ultimatum, “either he goes or we go.”

As Morgan rubs Mindy’s feet, she complains about not knowing any couples who need to get pregnant. Morgan jumps up and tells her that she does know one, Cousin Lou. Apparently, Lou is the reason why he and his girlfriend can’t conceive. Even he, asks about Mindy’s experience, “before I hand over the Tookers family jewels to pay for my new testicles, I need to know, you have done this before, yes?” When they start heading for the door, Mindy lies and tells them she was her own patient. Lou takes that to mean that Danny was “shooting blanks” too. Morgan refuses to be a part of her lie, and tells her she will have to tell Danny.

On their way home, Tamra, Beverly and Morgan find Bergdahl sleeping in his car. Tamra puts two and two together, “all his clothes are hanging in the backseat, he’s grumpy all the time, and he smells bad..dude is living out of his car.”

The opening for the Lahiri Fertility Clinic is a success, “there are more people here than at my trial,” she says excitedly.

Lou talks to Danny about being in the same situation. Guests come up to Mindy and talk to her about Danny’s “condition”

Feeling bad about what they did, the nurses asks Jeremy to not fire Bergdahl. But Jeremy already fired him. “He’s living in squalor..he’s a total Beverly,” Beverly explains. Jeremy tells them to go hire him back if they want him back.

Danny gives a sweet speech about Mindy starting her clinic on her own. He ends it by anticlimactically opening a bottle of champagne, “I just popped a cork, and nothing came out.” When Danny goes back into the crowd, Lou spills the beans; as he always does.

Outraged, Danny tells everyone there is nothing wrong with him. Then he proceeds to tell them how the baby was conceived, “next thing you know we’re knocking boots under the Lion King billboard..I guess we were a little Hakuna Matata about protection..I should have been more Matata.”

The nurses tell Bergdahl that he’s rehired and suggest that he stay at Mindy’s since she’s not using it. When Tamra asks why he’s sleeping in his car, he explains that he’s on the outs with his wife and doesn’t want to accept that it’s over. He apologizes to them, “I do want to apologize to you Tonya, and you too, Mervin, and especially you, Madison.” Beverly responds,” well, it’s about time you learned our names.”

Bergdahl offers Mindy a deal, in exchange for sending all his patients her way, he will stay at her place.

Mindy makes up with Danny, and tells him she’s ready to move in. Their little family is almost complete.

My Thoughts On #SquidGame [Audio]

I joined the cool kids and finally watched Squid Game. Listen below to find out why I enjoyed this show despite being squeamish and also

What’s Streaming On Netflix [with recommendations]

Netflix is here to keep you through Fall. Loads of content as usual especially nostalgic movies such as A Knight’s Tale, As Good As It

I am going to start with everything you have heard about this doc is true and yes you should be watching it. The docuseries is